Top 5 Field Recording Trips – ”It’s not going to kill ya!” 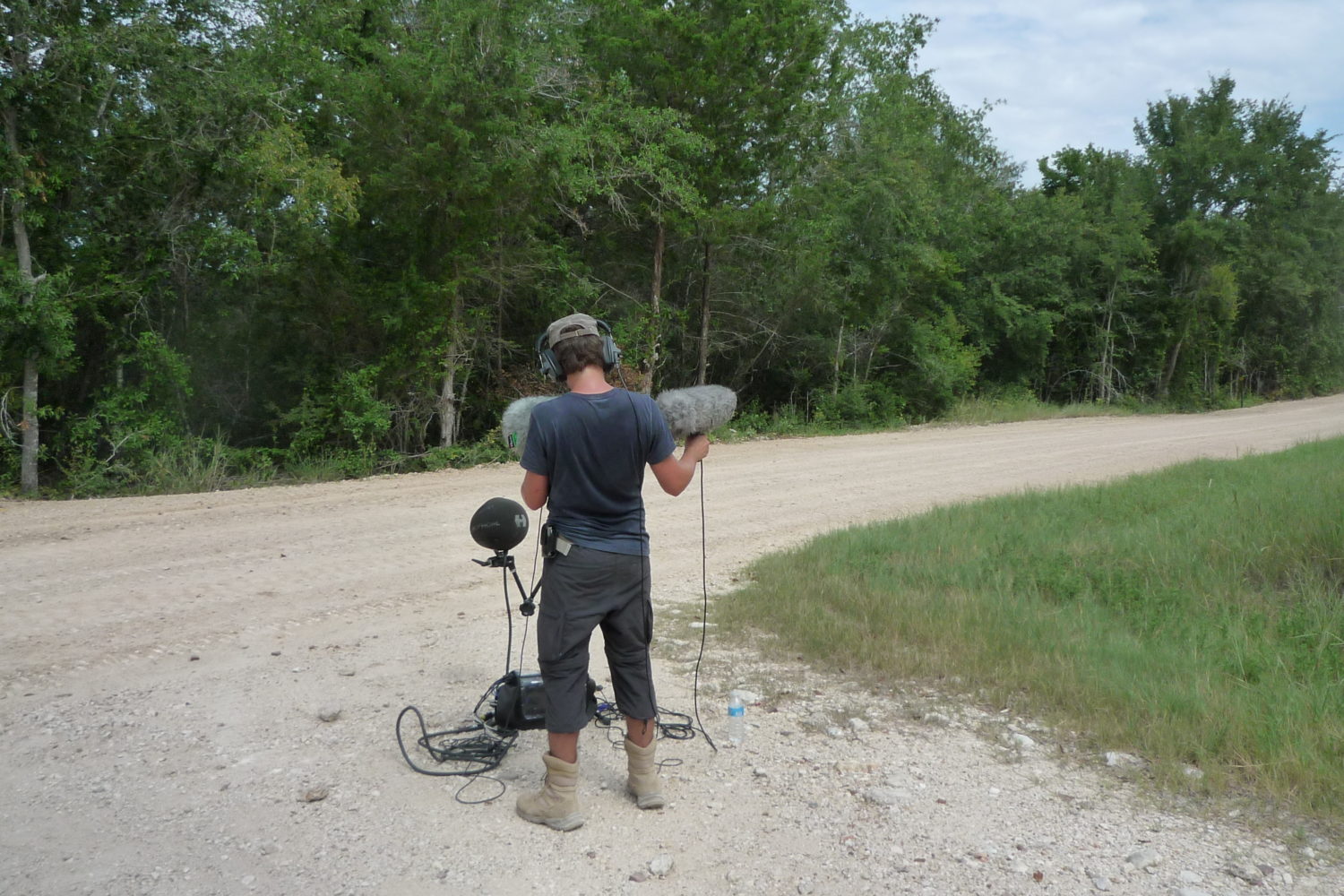 We asked Max Lachmann of the Pole team to list his five favourite field recording sessions through the years. This is what he told us.

Since the beginning, Pole has traveled to over 15 countries around the globe to record various things. Every trip has had its own adventures and challenges, no matter if it’s recording a frozen lake nearby our office or warbirds on the other side of the planet. It is satisfying nonetheless!

But some of them have stuck out a bit more and made for extra fond memories. It’s not necessarily what you record, but rather the circumstances like location and the amazing people you meet. Here are my Top 5 Field Recording Trips!

While working on the Simbin WTCC racing game back in the days – one of our first game jobs actually – I was sent to Nürburgring to record an old BMW E30 M3 for the ’87 expansion. A track day was planned where the car would participate, and the team agreed to have me there to record the car.

However, on the night before departure, I had a gig with my band of that time rather far up north in Sweden. So, right after the gig, late in the evening, I hopped on a long-distance bus and arrived at the airport outside of Stockholm early in the morning, catching a few hours of sleep at the bus. Then on to a flight to Germany, getting a rental car and passing the beautiful Moselle Valley, and eventually driving on the autobahn to get to the legendary track. At this time, early in our careers, we just recorded with a couple of lavs and a small handheld. It was rigged in the car and recorded several of the eight-minute laps around the Nordschleife. Before going back, I visited the nearby BMW museum.

This whole trip gave me such an amazing feeling of adventure and freedom, ranging from playing a gig with the band, beautiful nature, and a legendary racetrack, all within 24 hours.

I have told the story of this recording many times, but it sure is one of my favorite trips for many reasons. First of all, it took me several years to get access to the plane and to actually manage to record it. But once it was sorted, Bernard and I flew down to Germany and had the plane to ourselves for a full day, a beautiful sunny day at the airfield next to the Messerschmitt Museum in Ingolstadt.

The plane sounded amazing, I still believe it’s one of the very few modern recordings of the authentic engine (it has been used in films like Dunkirk for instance), and we got a private 20-minute air display with crazy fast and low pass-bys. After a long and successful day of recording, Bernard and I had a well-deserved schnitzel and beer at the local pub.

A funny side story to this recording is that we, in order to keep weight down for our trip, ordered microphone stands from a well-known music equipment online store, that happened to have their warehouse just an hour from the airfield. And even more fun, the guy who handled my order, turned out to be a warbird lunatic, so he personally delivered the stands to us and helped out during the recording! 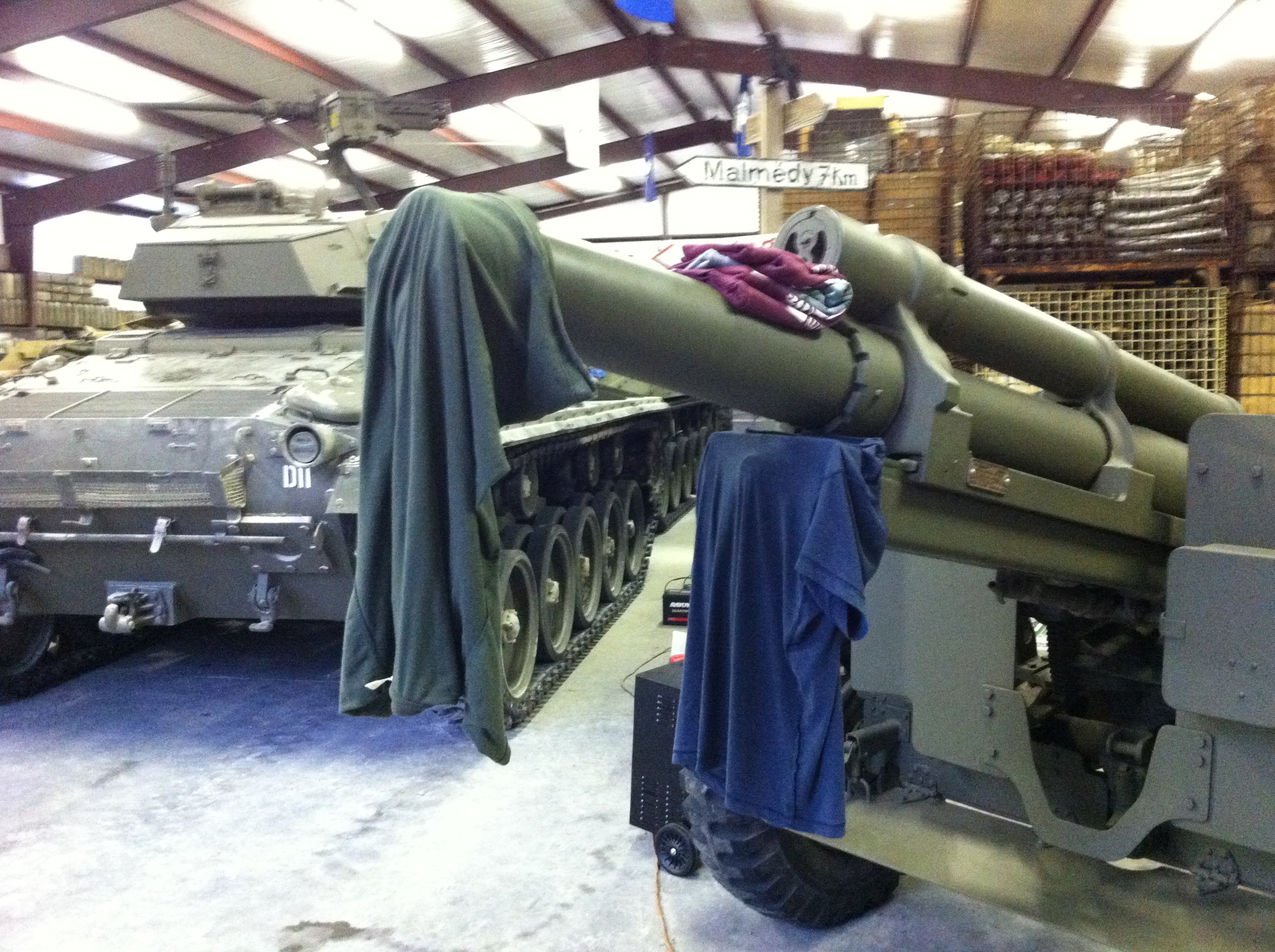 We have been lucky to visit the amazing Museum of the American G.I. several times, and the lovely people who run it and work there are just fantastic to work with. The very first time we went, it was late August, and a crazy heat going on. We consumed endless amounts of water bottles, and I realized it was better to climb around the tanks rigging them without wearing a shirt, in order to have a dry shirt when going for lunch. But I kind of regret that decision seeing the footage now being used in some places…

Our amazing tank driver, and now dear friend, Sean, kept assuring me there were no snakes around. I was still really jumpy, I hate snakes, and had a hard time relaxing. Bernard was going in the tanks as we recorded, and I was recording pass-bys standing along the road we used. The first day we worked quite late, and as it got pitch dark, I remember thinking at least there will be no snakes at night. I don’t know why I thought so, but on our way back to the garage, in the car, there was all of a sudden, a snake on the ground. Turns out there were plenty of Copperheads around, and they are night-active…

From then on, we saw snakes all the time. When asking Sean if a bite from the snakes was dangerous, he simply replied, ”It’s not going to kill ya, but it’s gonna make you wish it did!” Anyways, we had a great time and came back with some really nice recordings and thankfully no snake bites. 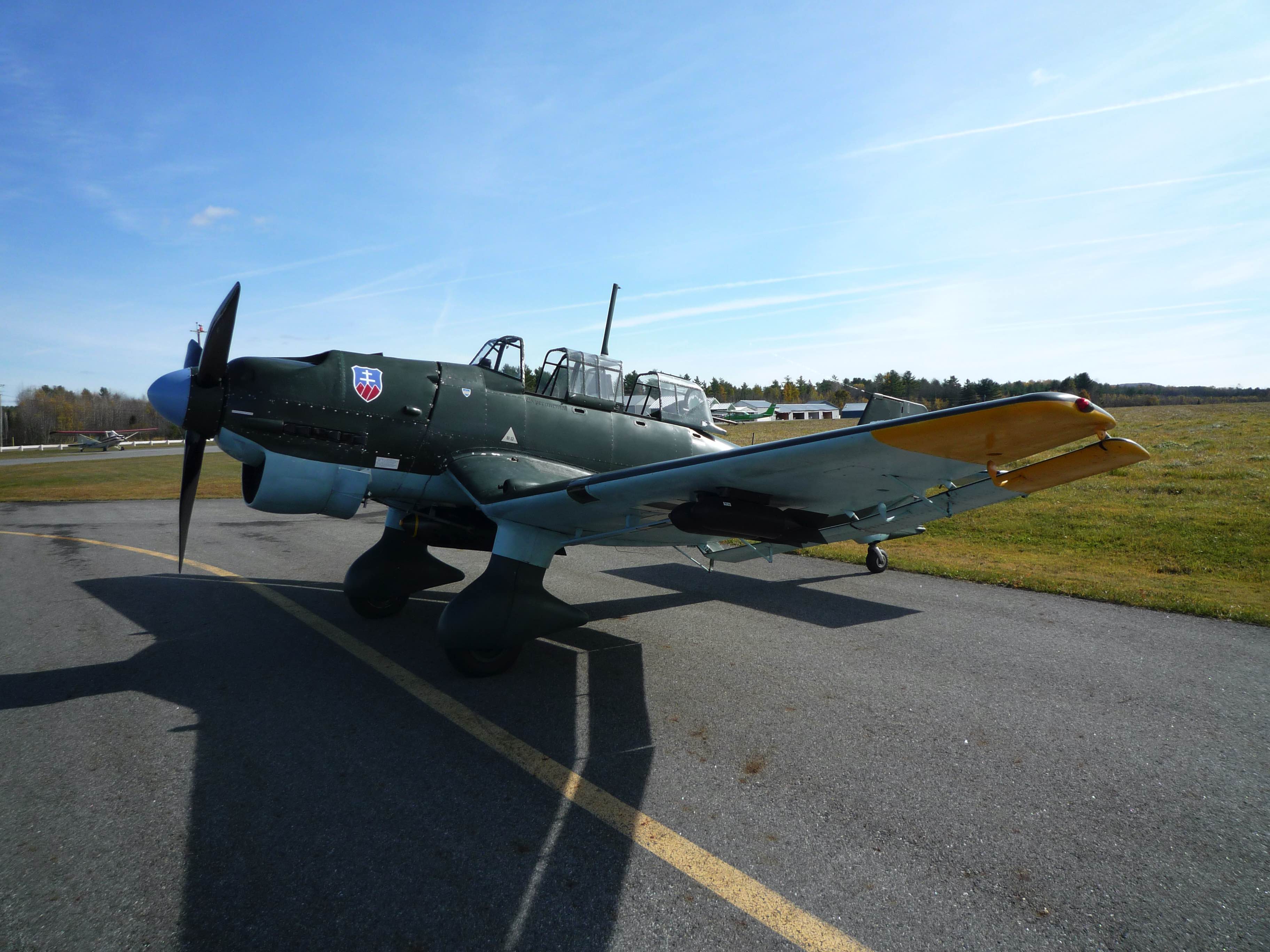 We were once sent to beautiful Maine, far up north on the east coast in the US, to record a replica of a Stuka dive bomber. Bernard and I flew to Boston and got in a rental car to get up to Maine, a part of the US that I had not visited before. Again, there is a certain sense of freedom to get in a rental car in a new part of the world and drive off to an unknown adventure. In many ways, it resembles being on tour with a band.

We found a fantastic friend in Mitch who owned and flew the plane and were taken on a nice wine tasting dinner with him, his wife, and their friends. I and Mitch have since had many interesting conversations about the situation in the US and in the world. 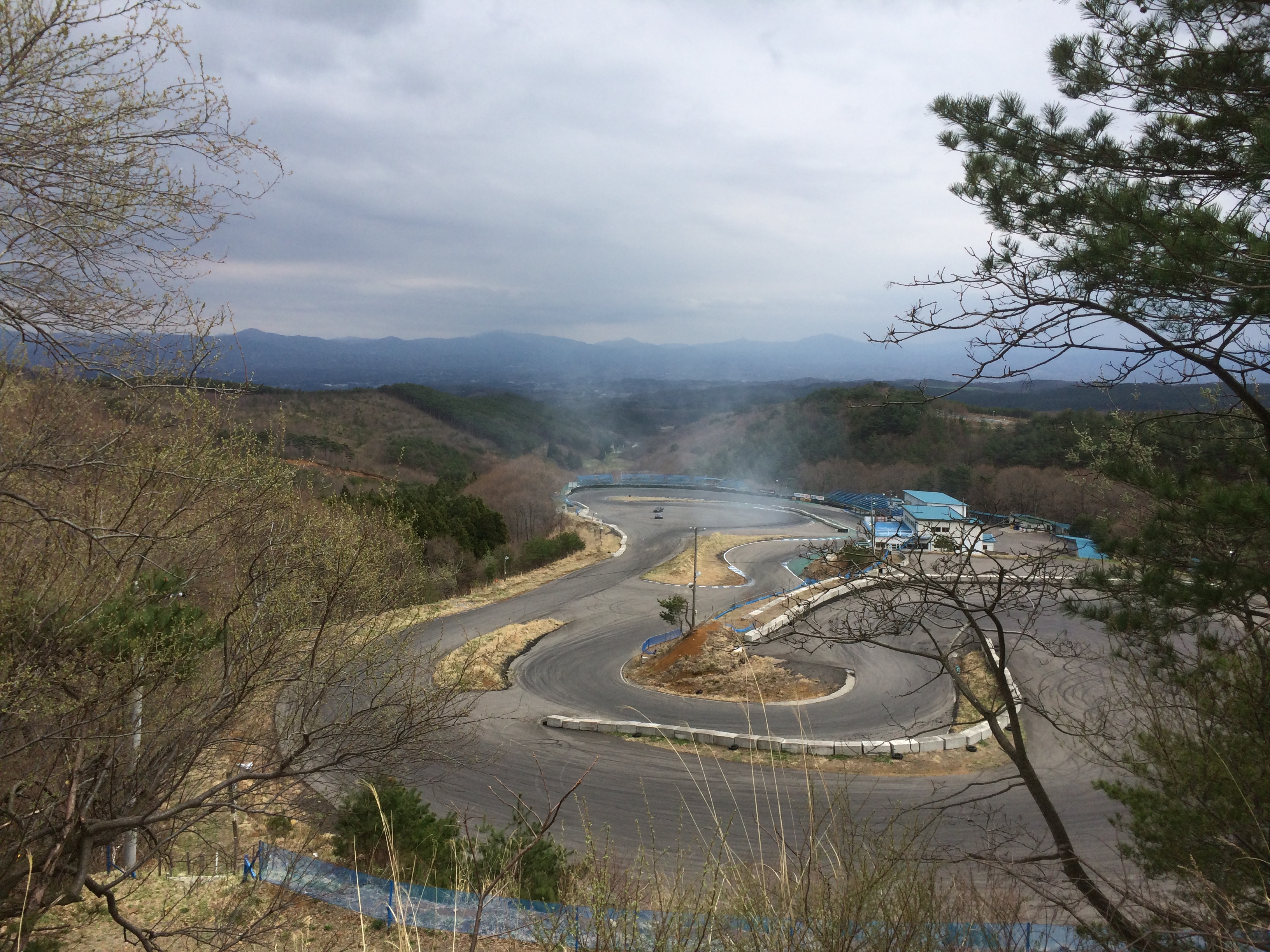 A drifting track up in the mountains

Mathias Grünwaldt, who was then working at Need For Speed as an Audio Director, brought Mats and me to Fukushima in Japan to record some cars for the game. Unlike Mats, who once was a famous pop star in Japan, I had never been to Japan before, and it was obviously very exciting. I remember getting out in the streets at night to record ambiances and other interesting things like traffic lights. Besides recording some really nice cars in an amazing environment on a hillside racetrack, we had a really good time with nice people, good food, and many impressions.

This is one of the trips where a bag got lost in transfer on our way to Japan. Luckily it was equipment we could manage without, but my underwear was in the bag, so one of the first stops we did when arriving in Japan was shopping for new underwear.

There are so many other memorable trips that deserves mentioning, the Rat Rod recording with Jesse Lyon and Mats in Las Vegas, the recordings with our DICE friends and Charles Maynes in California, the Lancaster bomber in Canada with Eilam, recording GP race cars at Paul Ricard with Mike de Belle, all the crazy trips Magnus Lindberg has sent us out on, the military stuff…  It makes me realise how fortunate I have been to meet all these amazing people and to have visited all these exciting places!