“To find unique sounds we went to a blacksmith’s workshop” 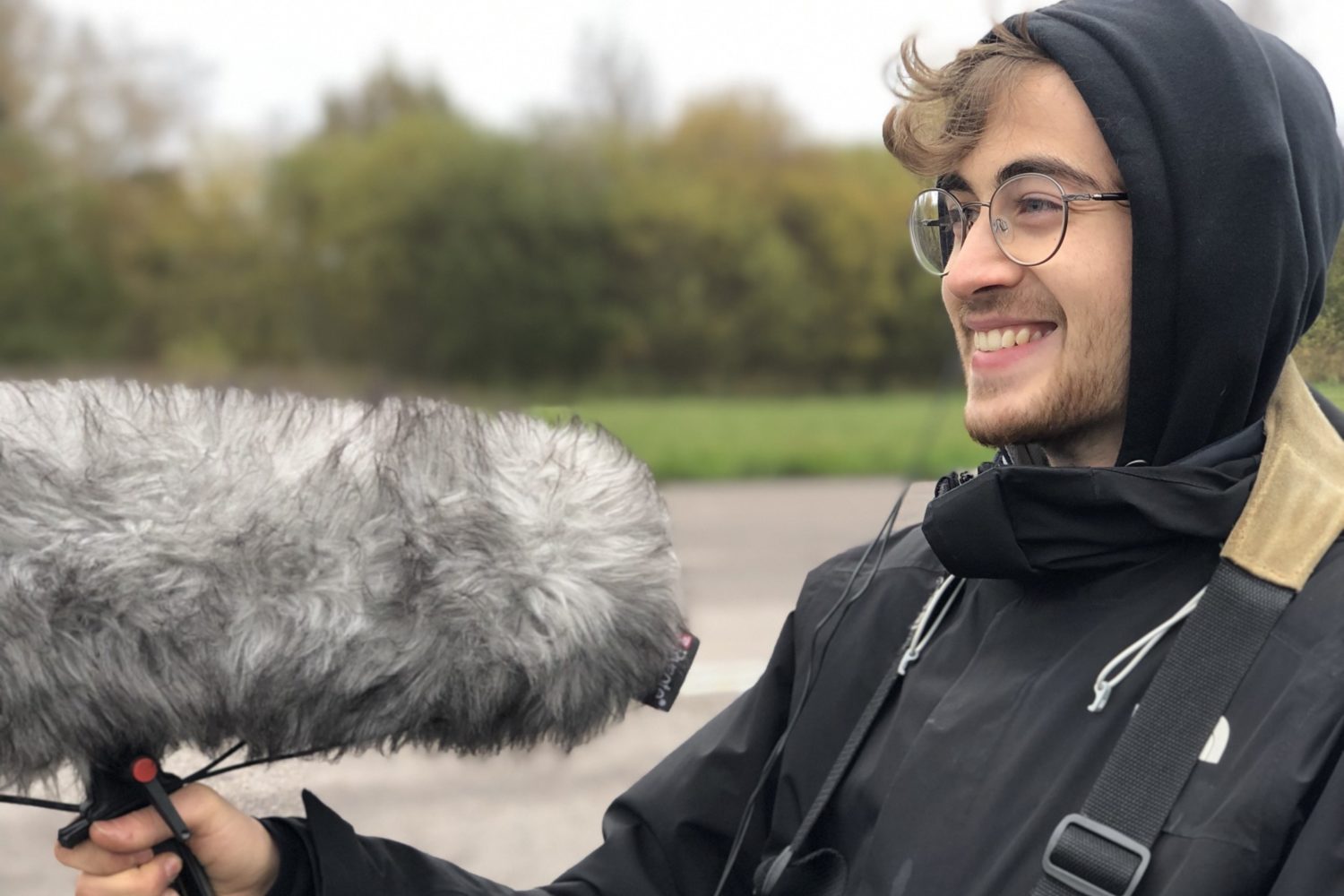 Looking for weird sounds you can hear in a train station? And exactly how many different sounds can you extract from an ordinary kitchen mixer? We asked Pole’s Daniel Wallén to share some insights on one of Pole’s latest releases.

A new Pole library is going to be released shortly. What’s it called and which sounds does it contain?

The Electromagnetic Library is one of our new libraries releasing this month. As you can probably tell from the name, this sound library will contain a wide array of different electromagnetic interference sounds. A few examples of what will be found in the library are: Electric pulses, Electric drones & hums, Electrical glitch & computer sounds and electrical sounds that, in general, are well suited for sci-fi, magic and UI applications. The source objects recorded varies a whole bunch. You’ll find everything from everyday objects like a vacuum cleaner or a microwave oven to multiple industrial power tools and weird sounds found in train stations.

And how come you put together this particular library?

We noticed that in some of our own projects we had benefited from similar sounds, for example the ones found in Unity’s technical demo “Spaceship” which were recorded specifically for that project. So, we thought that it would be fun to create an entire library with these types of sounds, especially since we didn’t have anything similar in our catalog and are working on increasing our selection of available libraries. This is usually how it works here. Either we come up with an idea for a library or a client contacts us and asks if we could put something together.

This library will be excellent for use in sci-fi, magic, robot/droid and UI sound design where there’s a need of an electrical feeling and touch. 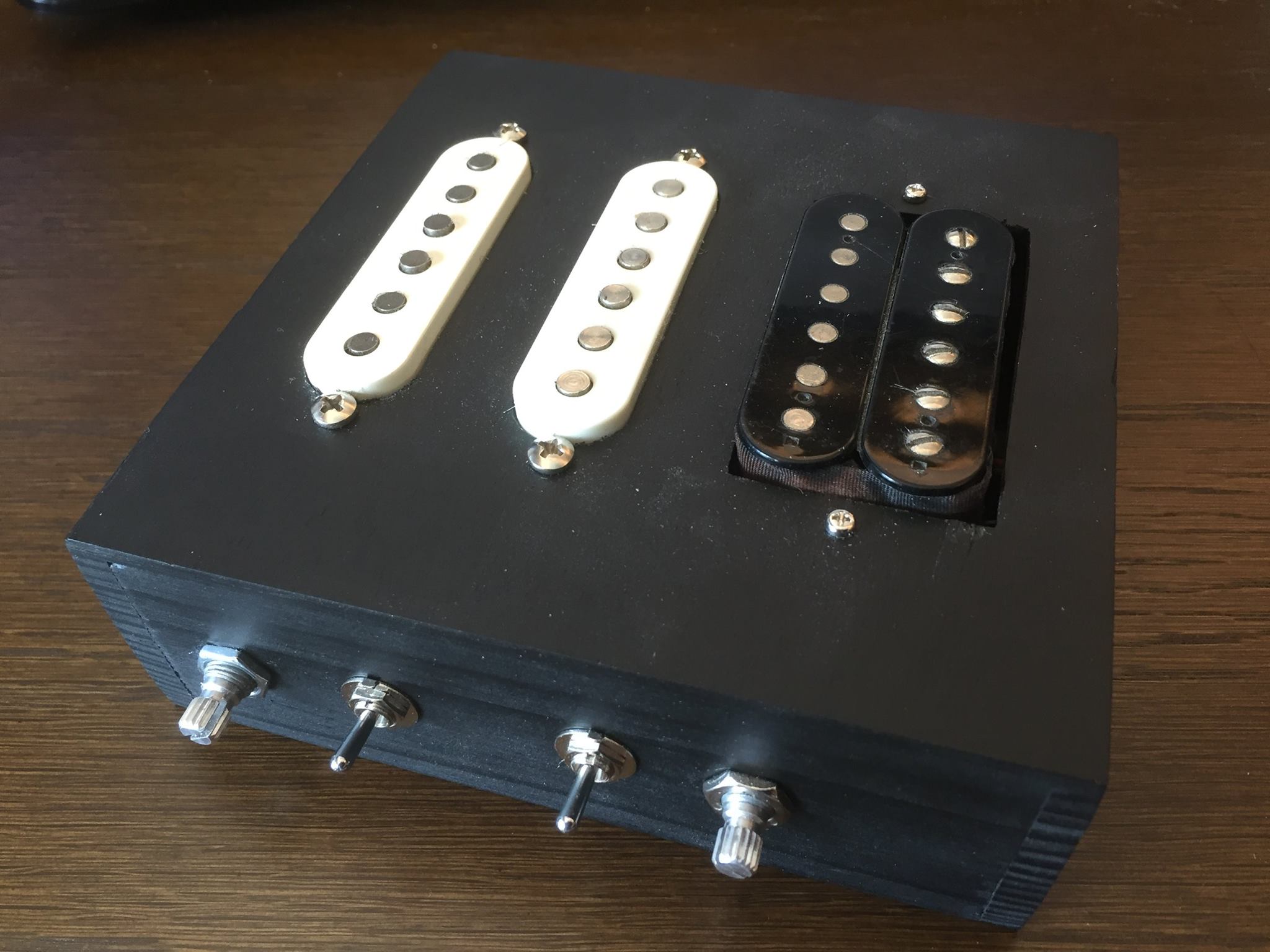 How was the library produced and what kind of equipment was used?

The entirety of this library was recorded with a Sound Devices 702 in 96 kHz / 24 bit and for picking up the electromagnetic interference sounds we used the Priezor by LOM and an electric guitar pickup box, The Magic Hujanen Noise Buzz Box, specially built for us by our dear friend Micke Hujanen. This turned out to be a perfect combination since the Priezor was really good at seizing detailed and sharp high-end sounds while the pickup box was great at picking up low-mids to lows where the Priezor missed some.

A big part of producing this library was just going around with the equipment and searching for interesting sounds to record. But to ensure that we got the most out of every source we would first establish what parameters we could control for each source. Say we were going to record a kitchen mixer, here we could control the strength/speed, resistance (putting stuff inside the mixer, making the electrical motor work harder) and last, we could also turn it off and on. The other thing we could control was how we used the “microphones” to create movement. For instance, swipes at different speeds created pulses, holding them still created drones and spinning them created wobble effects. With these parameters and actions combined we were able to create a bunch of different and unique sounds from just one source. 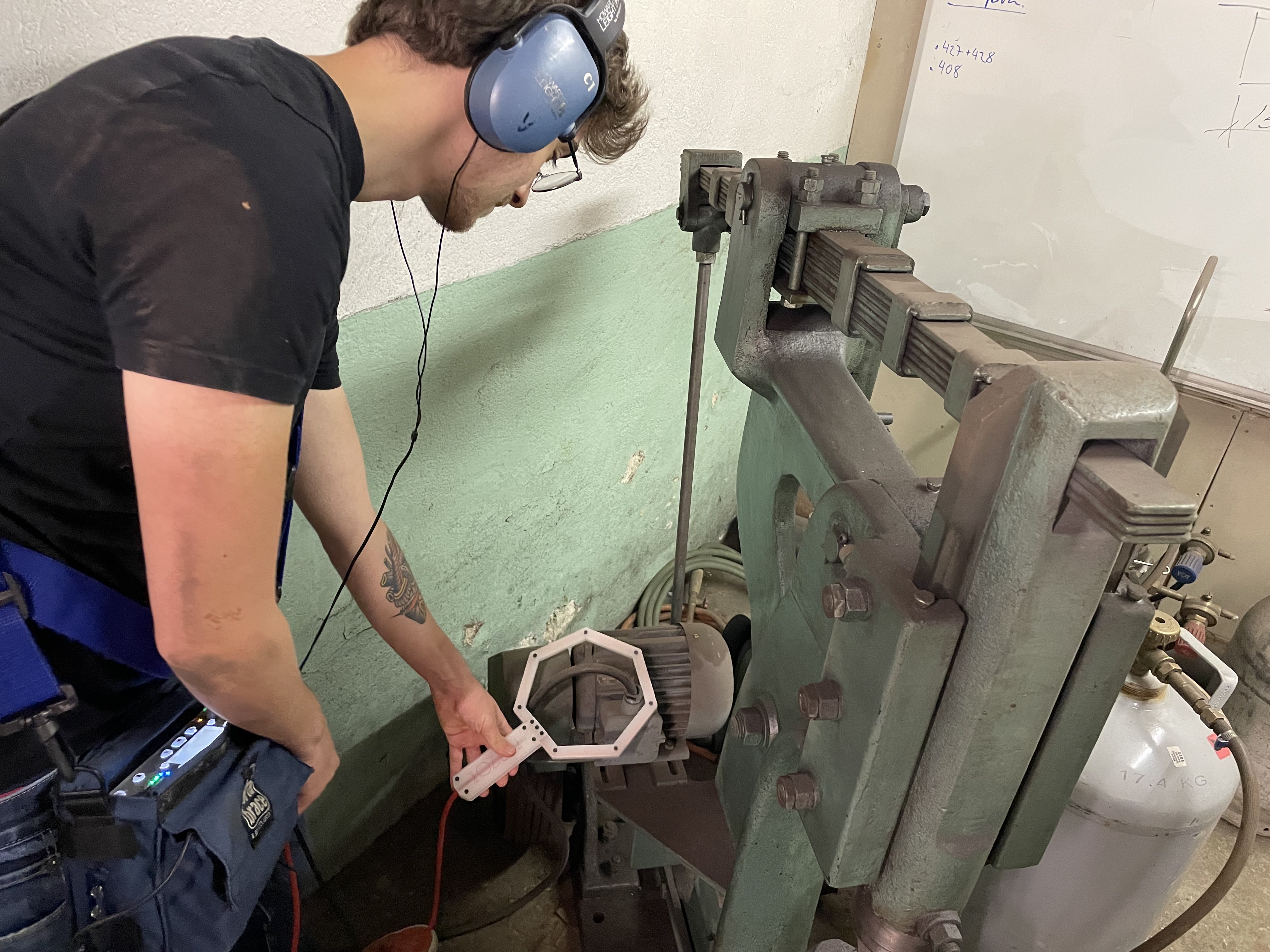 Daniel in the blacksmith workshop

What were the biggest challenges during production?

At first in the experimental phase where we were searching for different sounds to record, we noticed quite early that a lot of the regular stuff everyone has at home kind of sounds the same. Most of the things you could find at home are run by either small servos or small electrical motors. To find more interesting and unique sounds we went to a blacksmith’s workshop in order to record more powerful industrial tools. At the workshop we operated tools that use both alternating current and direct current which resulted in widely different and spectacular sounds. We also took the equipment into the city in search of interesting sounds, and we did find a few pretty unique ones like a card reader that made a very nice clicking sound.

Is it easy to find what you’re looking for in the library?

It is! But I’ll have to forward this question to my colleague Paul Virostek, who is the metadata expert at Pole, for a more detailed answer.

Ah, I see. Paul, is it easy to find what you’re looking for in the library?
The library includes a wide variety of props and types of electromagnetic sounds. Each one was carefully named to highlight the prop, what it was doing, the sound it makes, and the type of microphone used.

In addition to the name, the team focused on crafting detailed keywords to ensure the clips turned up accurately in customer search results. There are also over 20 fields of embedded metadata descriptions to ensure users can find the sounds quickly, compatible with BaseHead, Soundly, Soundminer, and other sound browsing software.

And back to Daniel. Will there be any sequels to this library with similar sounds?

We have a plastic library that is currently being worked on that is kind of similar to this one in the way that it is a smaller library and is more focused on the more experimental and creative type of sound designs scenarios. It’s going to have some really cool textures and impacts recorded in a high sample rate with the Sanken CO-100k and 3 other microphones/stereo setups.

Visit our webshop to listen to previews and to read more about the Electromagnetic Library.