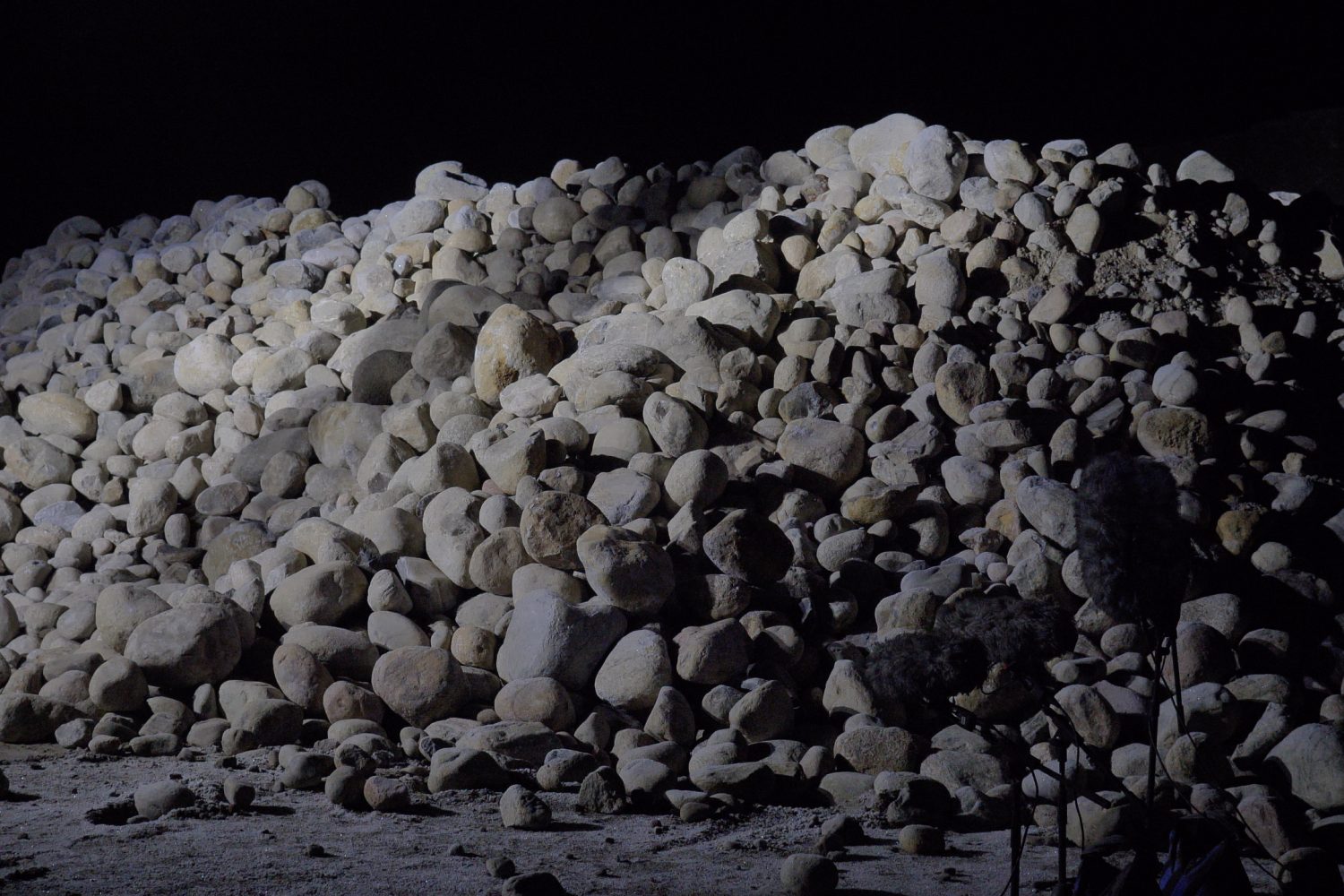 The Stone and Sand library – sounds like an ancient and clandestine home of knowledge and wisdom in the free city of Braavos of Game of Thrones. But in a Pole context it is something completely different, right?

Haha, yeah there are some differences for sure. Basically, the library is a quite big collection of stone and sand related sounds. Everything from huge boulders hitting the bedrock and tiny grains of sand trickling, to stone scraping against concrete, and roof tile shards trickling and making beautiful chime like sounds.

Who came up with the idea to make a Stone and Sand sound effects library? And why?

Don’t remember who initially sparked the idea but it could have been me, Niklas. Stone and rock sounds have always been one of my favorite sound categories. Ever since as a kid listening to Metallica’s Ride the Lightning. The end of the song Fight Fire with Fire has some rock falling sound and that just got the 6-year-old me mesmerized.

Also, in the past working as a metal music producer, as a reference for a great sound that was a good blend in between kick drum, bass and guitars I always imagined the character of rocks or stones colliding. If I could get a sense of that in a mix, I knew I was happy with it.

And then when I started at Pole recording sounds for libraries, I quickly knew that this was a library I want to do. I also have a past in working in a quarry/sand pit, so we had a perfect location to go to.

The other part of deciding on why to do this library is that we and other sound designers in the industry felt that the stone and sand stuff already out there has had its fair use and that it was time for a new batch. 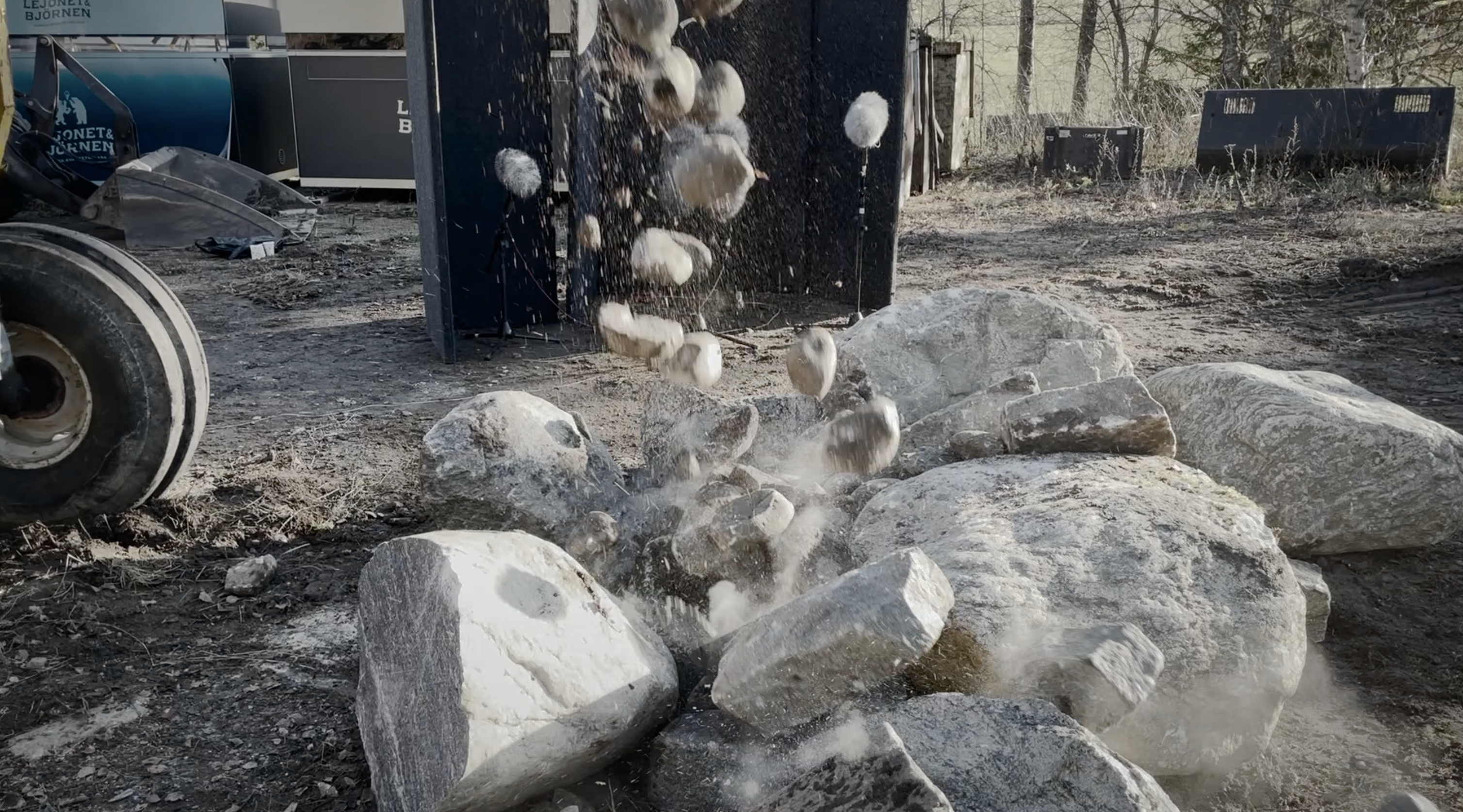 Was it hard to record the stone and sand sounds?

The recording had its challenges for sure. First, we had to somewhat plan on what materials to use. We tried to cover all we could think of without recording the same sounds repeatedly (Some stuff really sounds very similar although it’s different kinds of material).

Then we had to plan for in my opinion the most important part. Performance. How to make the different materials behave and sound as they do naturally. So, we made a list of everything we could come up with related to stone and sand. As a bit of a surprise, we realised that there isn’t that much to do, haha. Dropping, hits, collision, sliding, trickling, debris, scraping and rolling was what we came up with.

We also limited ourselves a bit with only having the materials interacting with themselves and not adding other types of materials to the whole thing. This to not be totally overwhelmed by the scope and not make a 200Gb library.

Performance for me at least was the most tricky part. And to keep the excitement and passion for the performance at its highest through 5 days of recording sure was a challenge.

We did the recording at two different locations. The big stuff we recorded in the same gravel pit that I used to work in before. We got to borrow it a bit after regular working hours so a big thank you to Nynäs-Ösmo LBC for the generosity!

The other location is at the farm where me and Robin grew up. Here we did all the smaller stuff for the library.

Another challenge was to pick what mics and recorders to use. At Pole we often have a tendency to use A LOT of mics. For this one we also limited ourselves to a smaller rig. Mobility was key, to be able to quickly move in between the big piles of rock and stone.

So, we ended up using a Sound Devices 702 with a handheld Sennheiser MKH 8060 and the Sound Devices Scorpio recorder with a pair of Ehrlund EHR-Ms in x/y, a Sennheiser 8060(on a stand) and a Sanken c100 mic. The Ehrlunds I must say performed so well! So well-focused and rich low end as well as beautiful crispy high end.

The 8060 is a perfect go-to for well-focused mono sounds and a bit more mid than the Ehrlunds.

The c100 doesn’t sound enormously great untouched but if you start to pitch that down, holy smoke, you’ll get some very cool sounds out of it for sure. 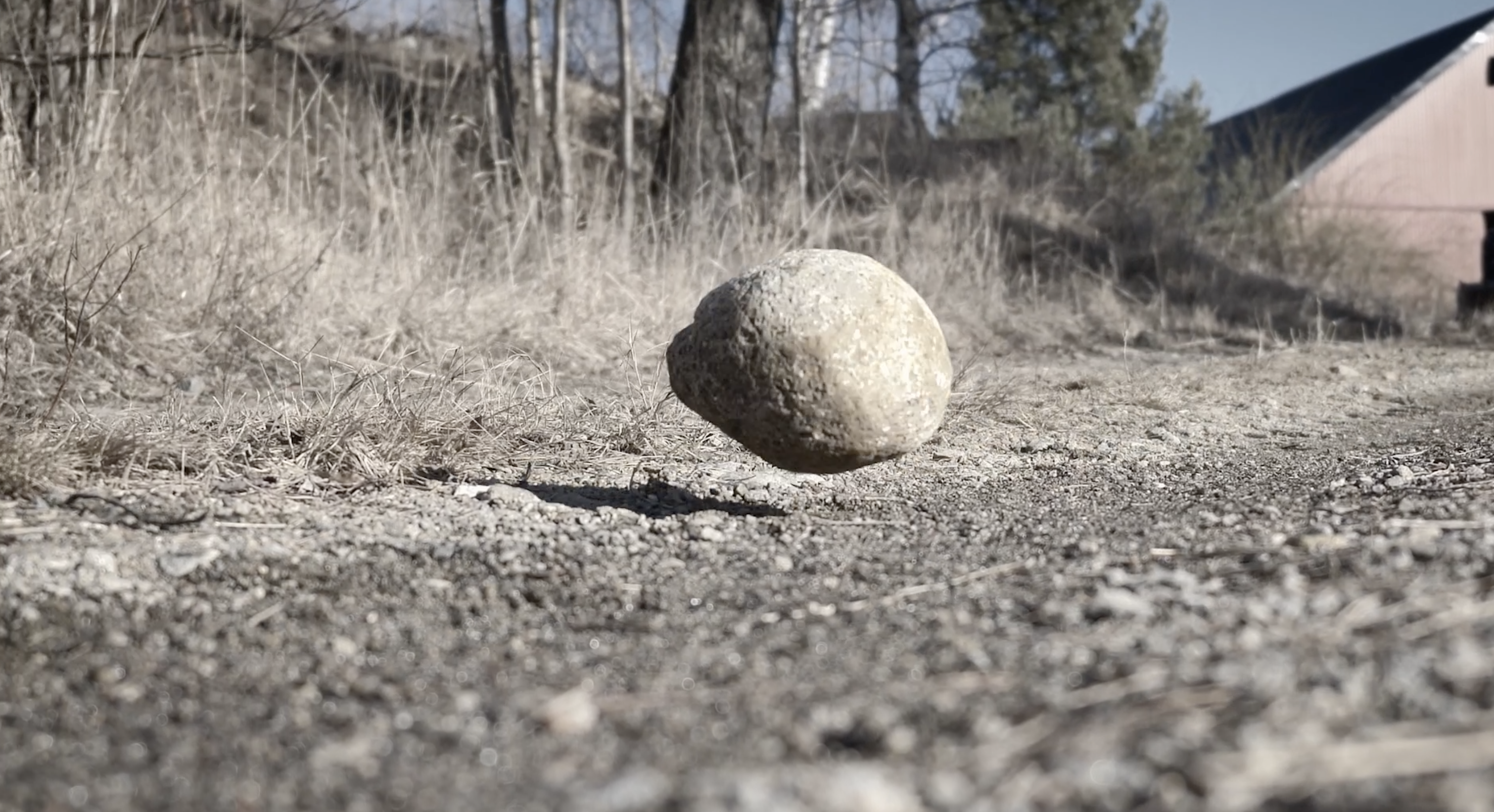 What type of sounds are in the Stone and Sand library?

It is laid out as multi take audio files. There are 393 files containing 5-20 different variations to give sound editors and sound designers lots and lots of options and flavors to choose from. 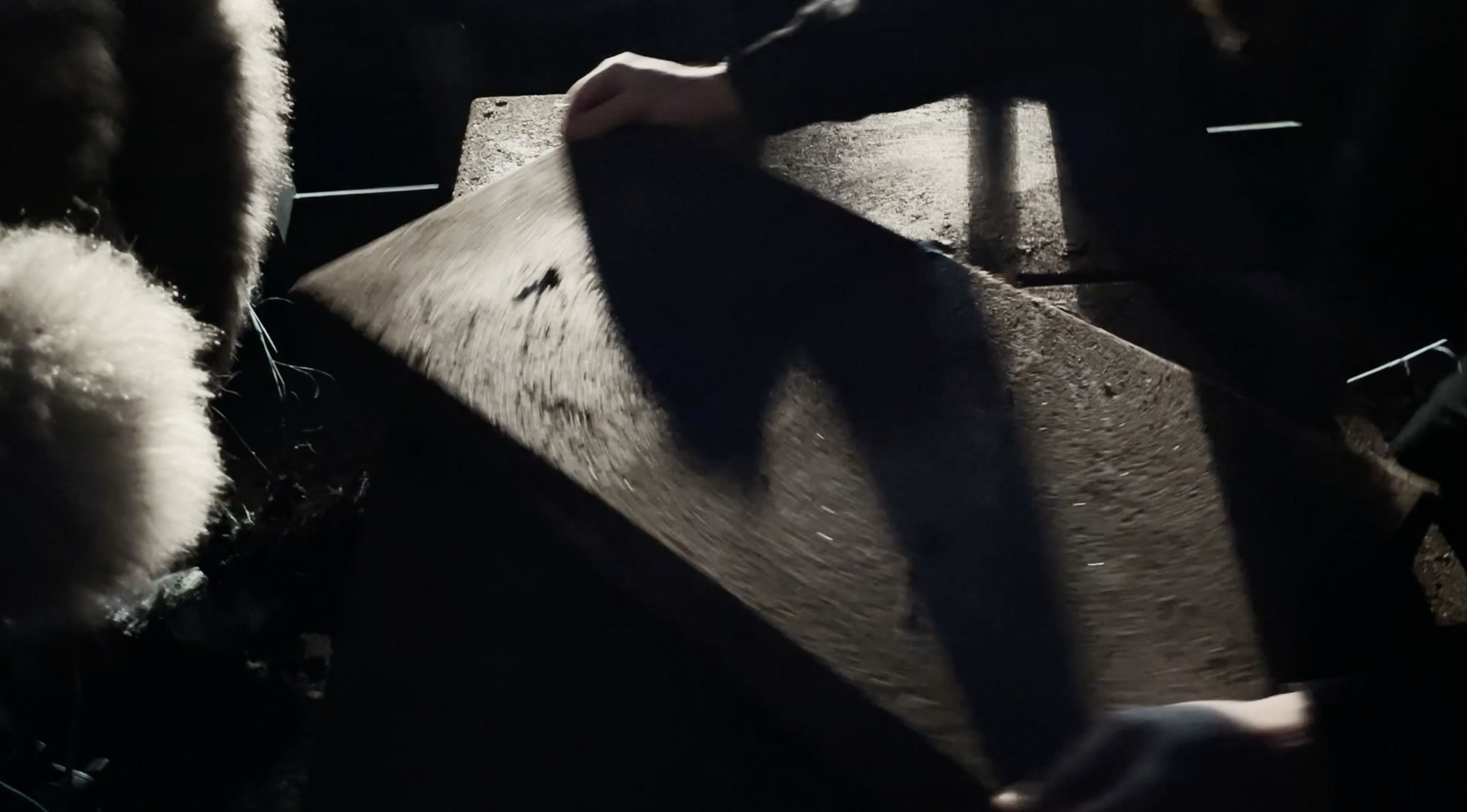 In what type of productions could a Stone and Sand library be useful?

The sounds of stone and sand can be used for a lot of things. Besides the obvious usage the sounds can also be used for buildings collapsing, explosion debris, general impact sweeteners, fire crackling sweeteners and magic sound design.

Roof tile shards trickle for example with a bit of reverb is a great recipe to magical sounds and a little different than the usual generic chime approach (listen below). Or a pitched down scraping sound in a reverb for a closing dungeon stone door.

Anyone working in audio for film or games are in need for material like this to expand their toolbox and use these sounds for more than just Stone and Sand stuff.

Will there be more library releases like this one?

We have a plan to keep releasing SFX libraries based on materials. We have a plastic library in the pipeline planned to be released this fall for instance. Also, this library marks a crossroad for us in starting curating and packing our recordings in a more user-friendly and ready-to-go manner.

I’m super excited for what the future holds, I mean, besides the upcoming plastic sound effects library I look forward to the wood, water, fire and metal part 2 libraries that could happen in a not-too-distant future.

Check out the Stone and Sand library trailer here.