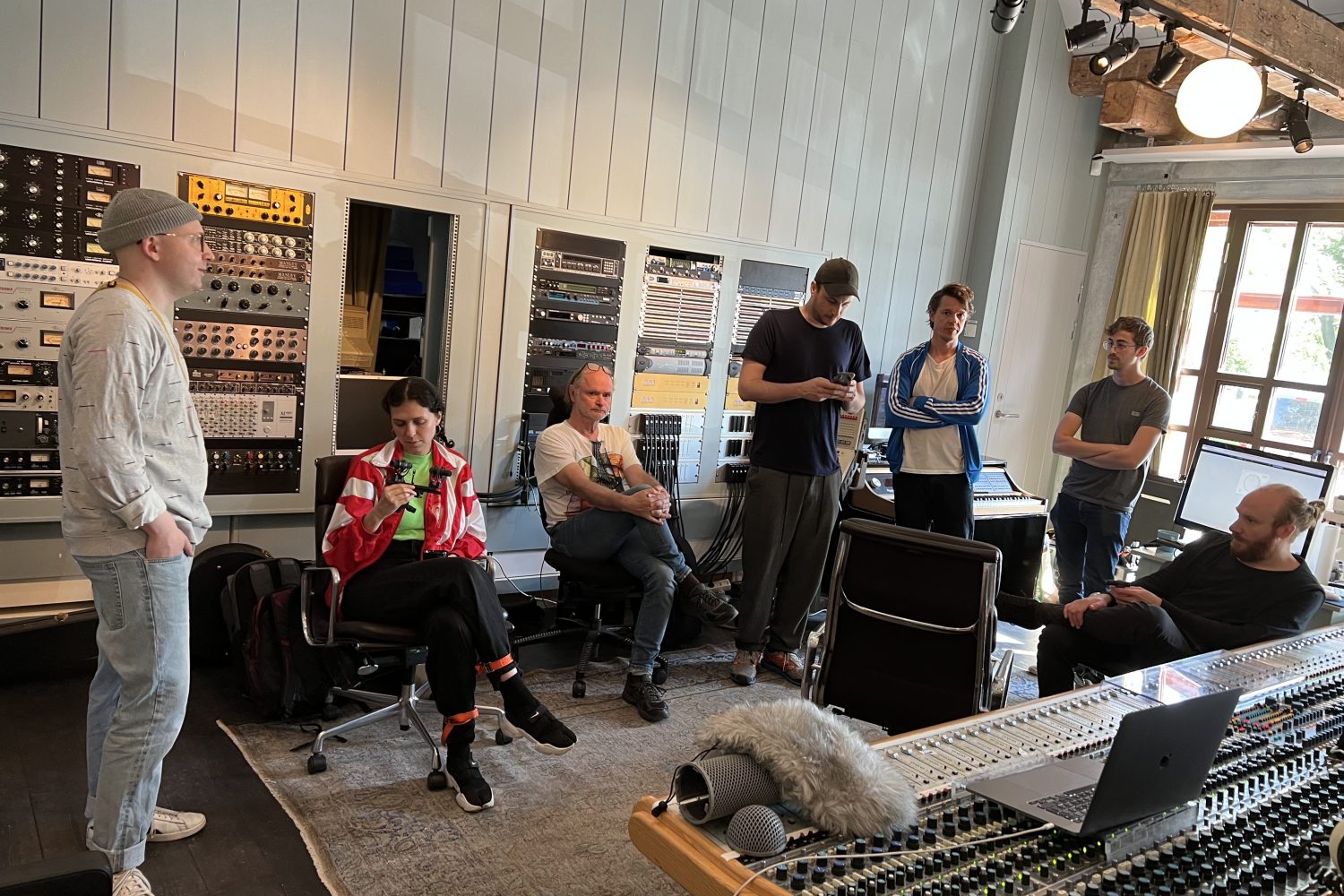 Earlier this summer, the team from Pole Position Production met at the world-famous RMV Studio on Skeppsholmen Island in the middle of Stockholm. Known as the recording studio of ABBA’s Benny Andersson, the Pole team met for a special workshop: to learn about field recording microphones. Why?

Well, field recordists have dozens of tools to capture sounds of sports cars, stone and sand, or horror guts and gooshes. What’s the best field recording microphone to use for each? How can you choose the ideal microphone for capturing sound effects? Pole’s team uses dozens of microphones to capture countless sounds. The special workshop was designed to help learn whether a shotgun microphone or an omni-directional microphone – or any other – would be the best choice.

The Importance of Choosing The Best Microphone

Cardiod, shotgun, Ambisonic, and omni. Sennheiser, Neumann, DPA, and Shure. There are dozens more. Which is the best field recording microphone choice for your session?

It’s difficult to know. After all, there are many microphone types, manufacturers, and models spanning every conceivable price range. It’s impossible to try them all. So, how do you know which will help you capture great field recordings?

Knowing the answer is vital. Of course, sound quality is important. Naturally, you’d like the best microphone possible for that. The answer’s not that simple, though. There are other hazards to choosing the wrong microphone.

Imagine trying to record birdsong but hearing a freeway in the distance. Or perhaps you want to record ocean waves but capture audio that lacks the depth and breadth of the sea. Choosing the incorrect field recording microphone can result in indistinct, mushy audio, flat soundstage, lack of focus, and more. The wrong choice of microphone may even risk damaging your gear during the session. 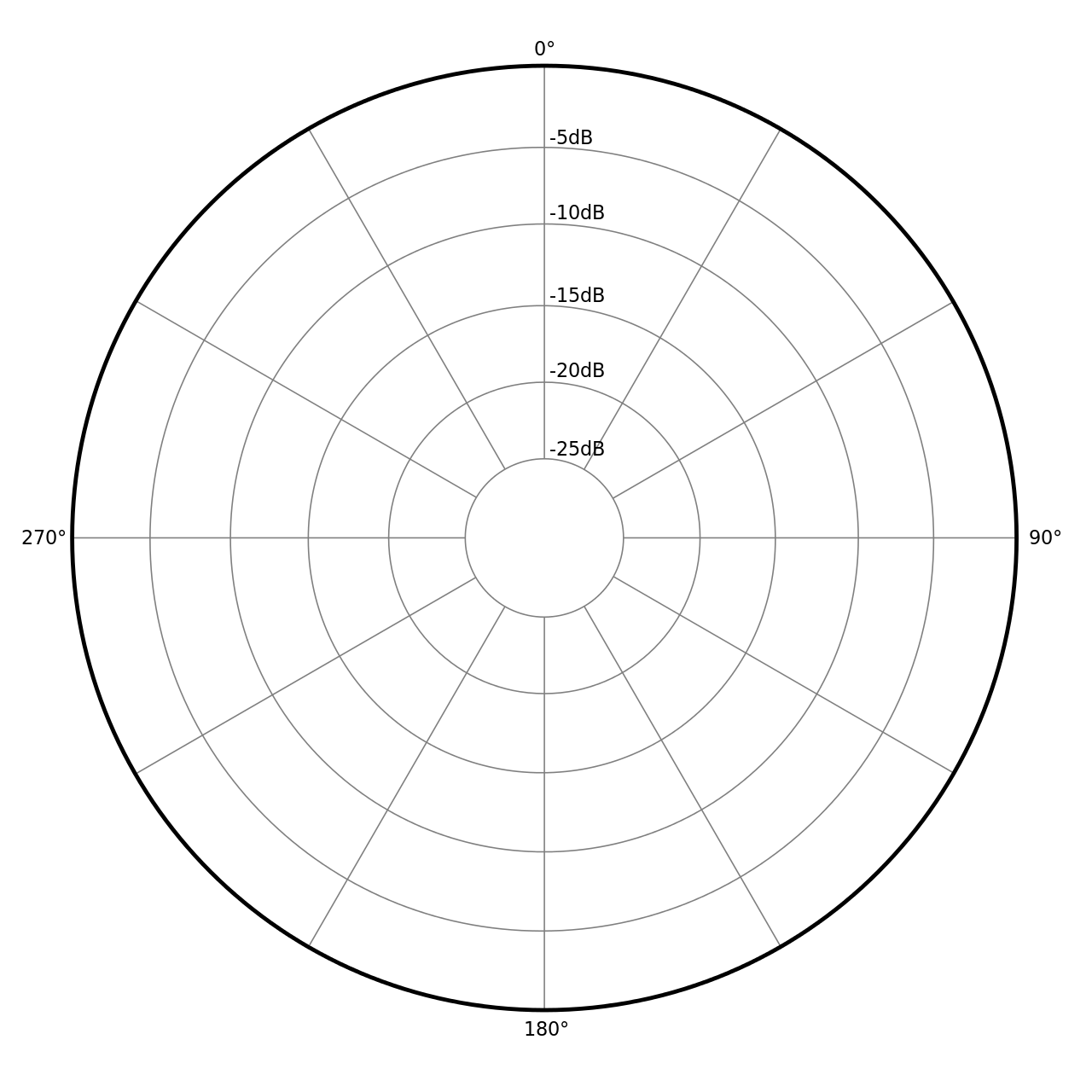 With a wide, spherical polar pattern, omni-directional microphones are great for recording atmospheres and other situations where directionality isn’t important. At Pole, we use an A/B setup for picking up a wide perspective when recording anything from weapon sounds to wind in trees. 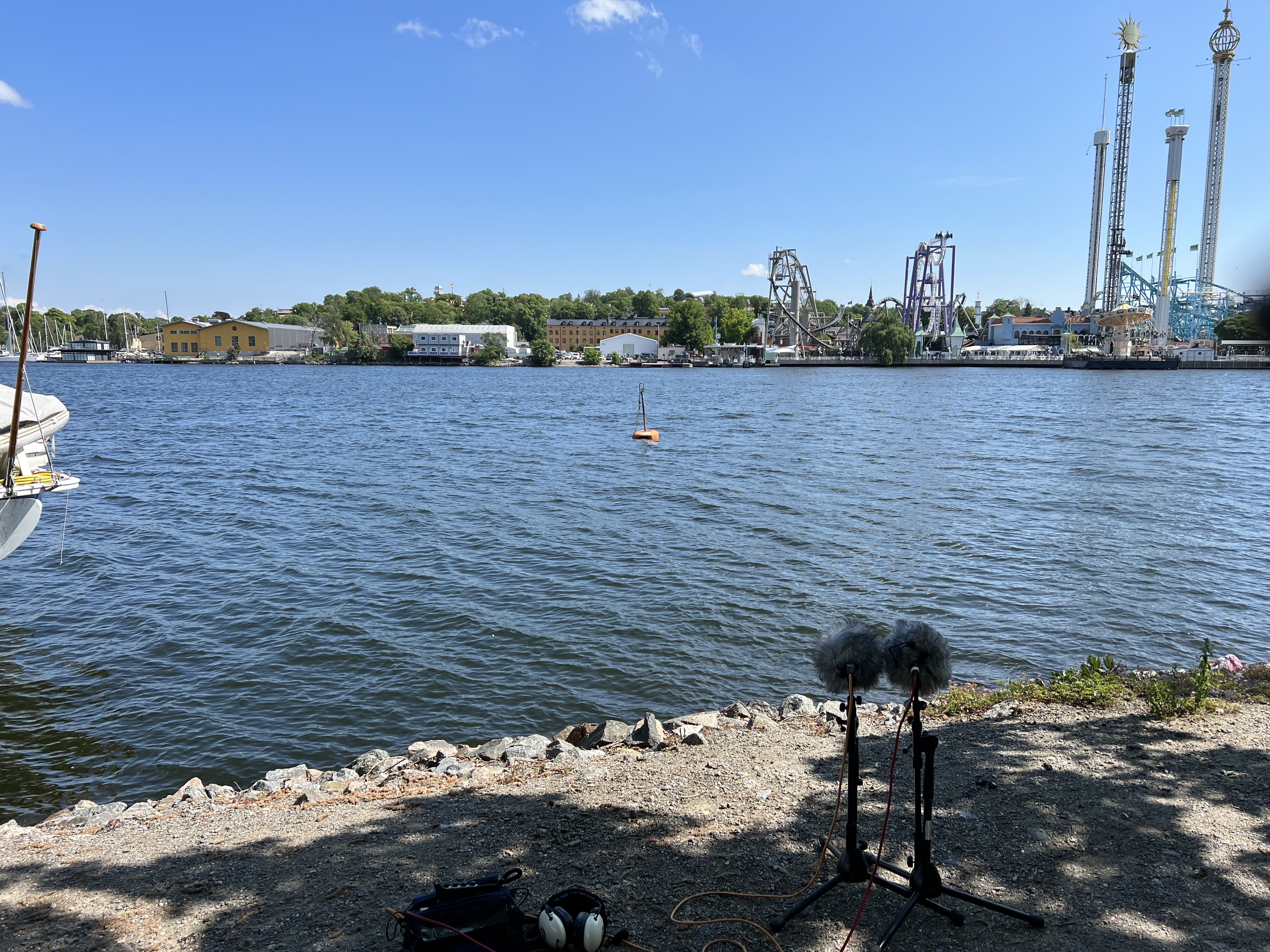 During the summer workshop, the team tested the effect of distance on an omnidirectional A/B setup. At first, a close AB setup was used to capture the sound of a distant amusement park (see above). Here are the field recordings from that location, with the microphones set at different widths apart: 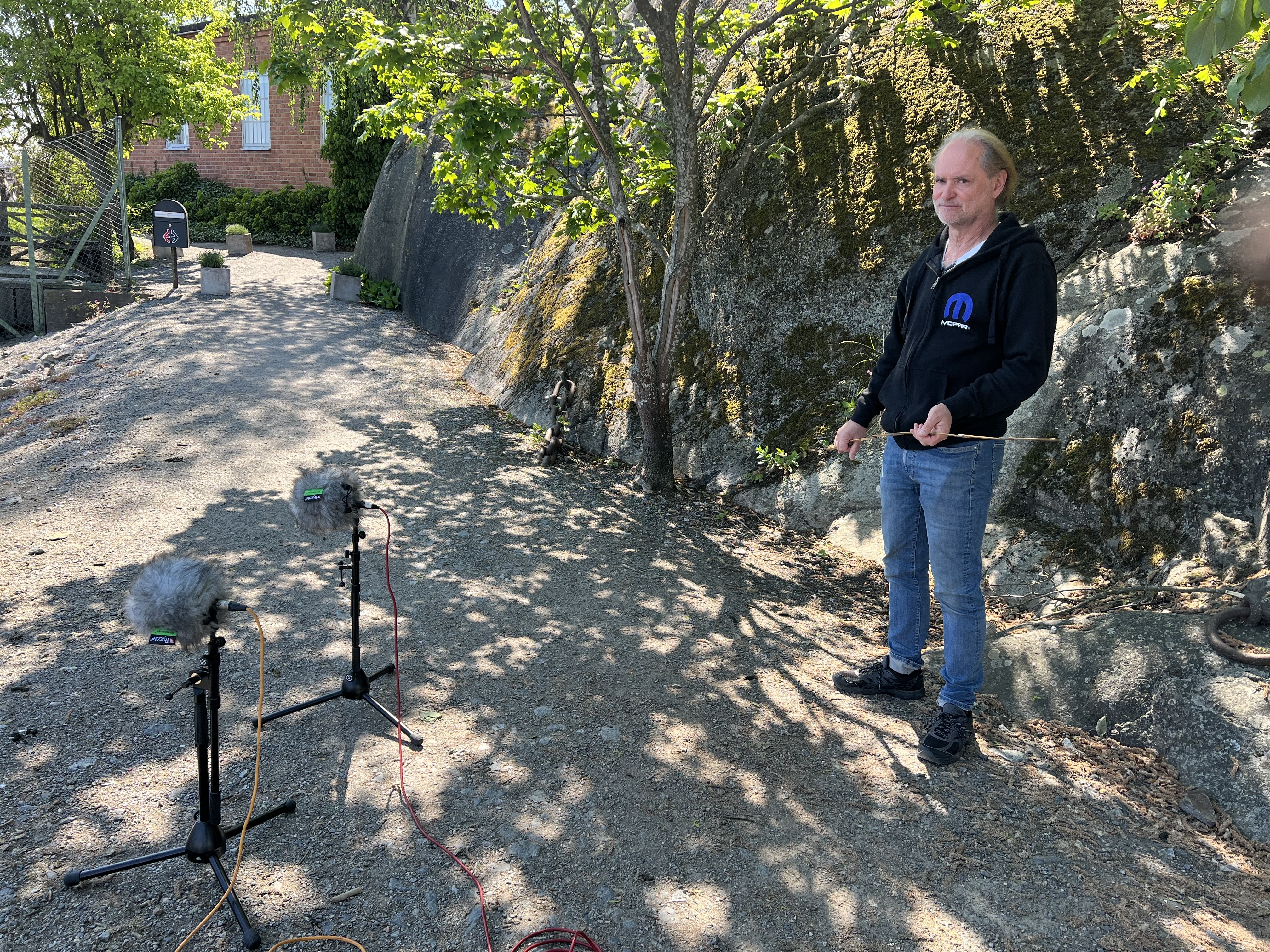 Afterwards, we tried walking by the microphones a number of times with the omnis set at different widths. When comparing the recordings afterwards, the team found that the A/B omni microphones worked best with medium to distant ambient sources to convey a good sense of width. The width worked against the close footsteps, though; the recordings were too directional, and appeared to pass too distinctly from one channel to another, sounding like two people were walking.

Omnidirectional microphones aren’t always used for ambient sources. We often use Sennheiser MKH 8020s when recording engines – but this has more to do with the fact that we really like the sound of the 8020 rather than the directionality of it. Omni-directional microphones have the only pattern that isn’t affected by the proximity effect – the tendency for bass or low frequencies to increase when a recording subject is close to a microphone.

Here’s an example of an 8020 in action in a collection we’re releasing this month, a sound library of an Audi S1 Rallycross car: 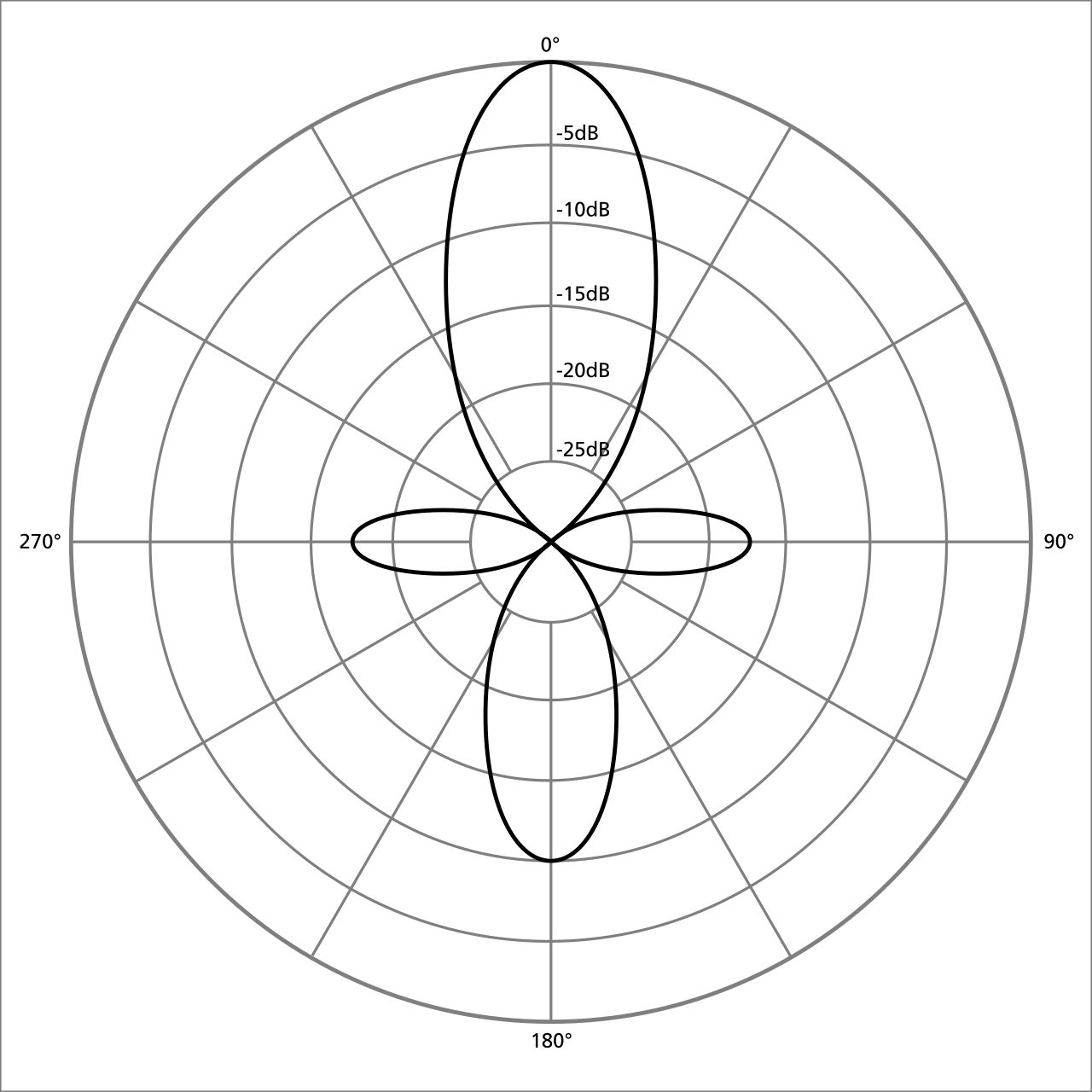 Shotgun microphones are excellent for helping in situations where surrounding noise intrudes on field recordings. An obvious example of this are recordings done outside where birds and nearby traffic interferes with sounds you want to record. Put simply, the shotgun microphone’s narrow polar pattern focuses on the subject and captures less of the problematic sounds.

Shotgun microphones are also excellent for picking up isolated details of wider sound sources. For an upcoming wind library, Pole used shotgun microphones to focus on the sound of leaves rattling whereas other microphones captured a broader perspective of the whole tree reacting to the wind. 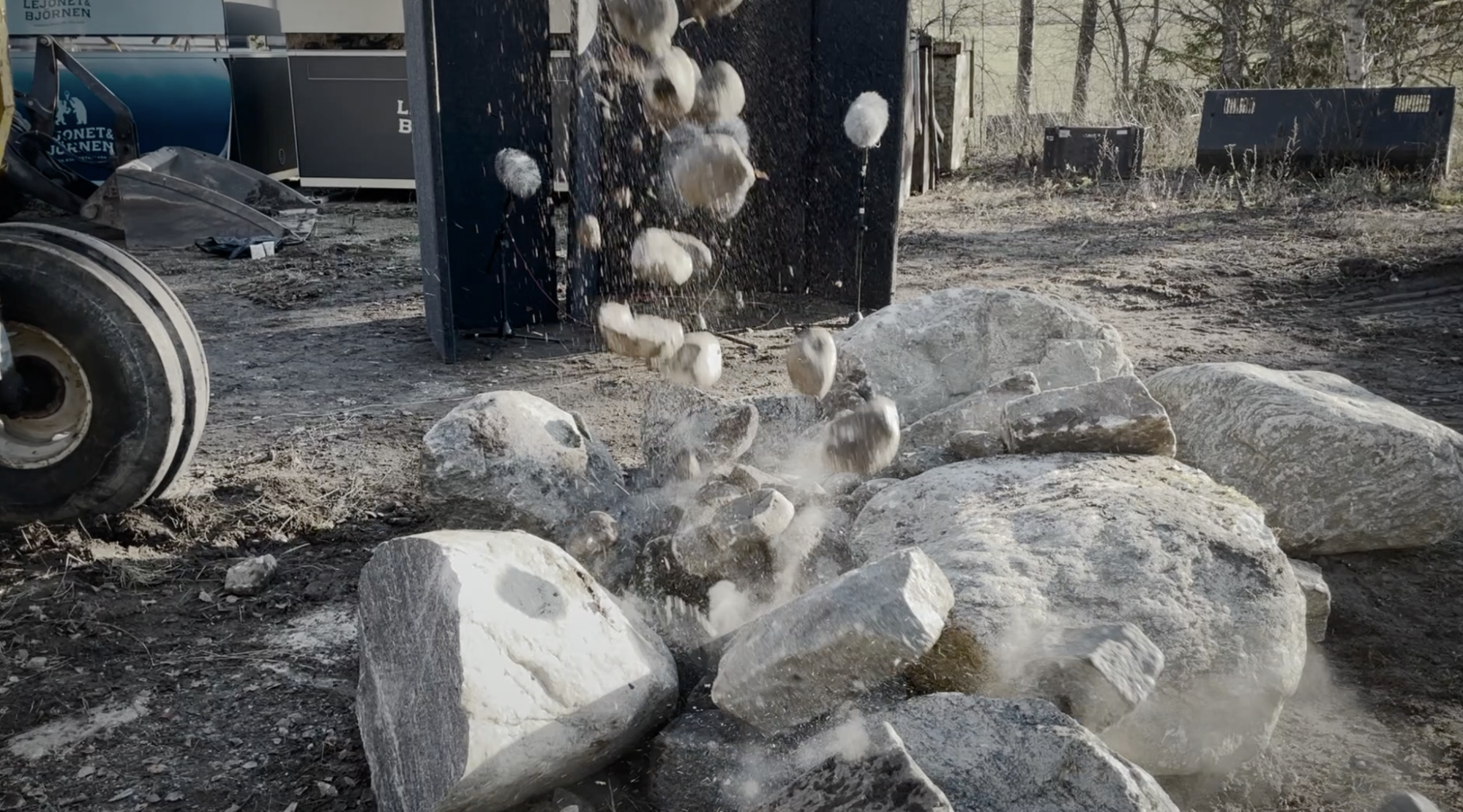 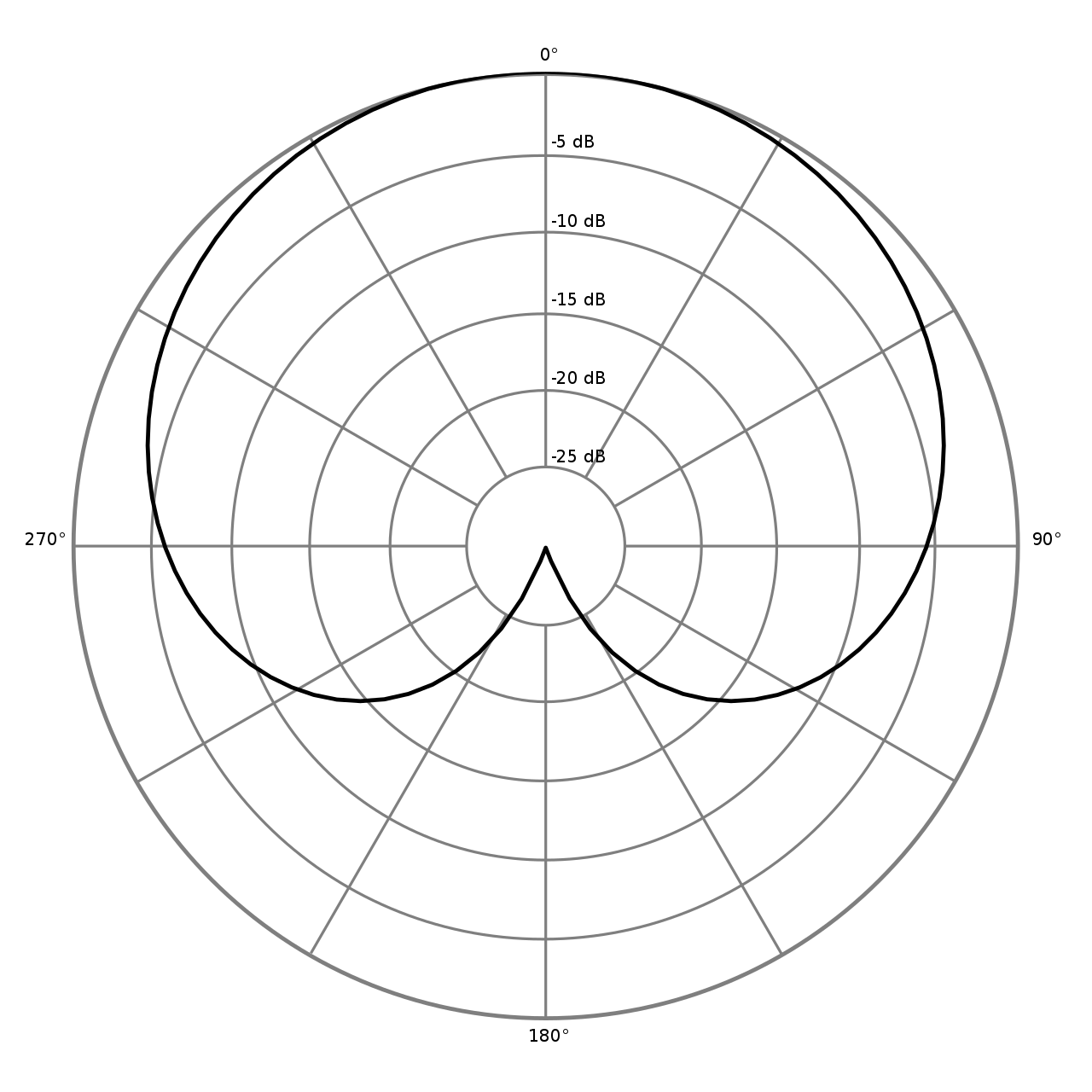 Cardiod microphones are a great choice between shotgun and omni microphones. They are great in most situations, whereas the other patterns are more situational. Cardiod microphones work great for both atmospheric sounds when put in an ORTF setup, as well as being good for recording mono sound effects. At Pole Position, we have two Sennheiser MKH 8040 ORTF setups that we use for almost every car we record. These are setup in different exterior positions, usually at a secondary straightaway location, and at a turn point.

You can get a good sense of the the MKH 8040s being used in ORTF stereo in the Ford Escort RS1800 MKII rally car sound library:

Another example from the Audi S1 Rallycross sound effects collection showcases an RE50 microphone in action:

Ambisonic microphones are specialized field recording microphones. They are incredibly flexible, and their recordings are easily adapted.

The most common Ambisonic microphones capture audio using four capsules pointed in opposing directions: front-left-up, front-right-down, back-left-down, and back-right-up. Together with specialized software, these microphones capture a full 360 degree sphere of audio. What’s more, the special Ambisonic recording format can be changed later to mimic the other patterns seen in this post, as well as surround sound, and others.

At Pole, we use the Sennheiser AMBEO VR mic inside most vehicles we record. Our clients find the format invaluable for the flexibility needed in VR for game audio and multimedia.

It’s tricky to share exactly what an Ambisonic microphone sounds like online, since SoundCloud shares only stereo previews. However, here’s a stereo version of an interior recording from a Bandkanon 1C sound library:

How to Choose Field Recording Microphones

Choosing the best field recording microphone often depends on what you need to record.

Do you want to capture a broad, problem-free soundscape? Omni-directional microphones are a good choice. Nature recordists will be at home using them. They’re also useful for any recording to capture a broad span of sound, such as the echo from gunshots.

Need to focus on particular sounds and exclude others in the surrounding area? Pick a shotgun microphone. They are helpful for recording rocks dropping or squishy horror gore sounds that focus right on the action.

Cardiod microphones have more flexibility. With a single mono mic, they are ideal for capturing specific, focused nearby subjects. Paired with a second, matching cardiod microphone and arranged in the ORTF format, cardio microphones can capture a broader soundscape, or the wide scope of a car passing by.

Dynamic microphones are perfect for situations where the microphones are recording less sensitive (i.e., quiet) sounds, in places where they expect to take some punishment, like on the back of a Harley Davidson.

Ambisonic microphones are becoming more popular. Are you a nature recordist that wants to capture an entire sphere of wilderness sounds? Maybe you want flexible field recordings for multimedia VR, such as recordings  inside a tank for a battlefield game? They take a bit of time and skill to use, however Ambisonic field recordings have unparalleled flexibility.

Improving Your Field Recordings with the Best Microphone Choice

The first step to choosing the best field recording microphone is focus. After all, there isn’t one single microphone that works for every situation. Instead, it is vital to focus on the subject you are recording and the scope of sound you would like to gather. Pick a microphone with the polar pattern to best amplify the characteristics of the sound you want and capture it as cleanly as possible.

With those choices in mind, you’ll be prepared to capture clean, evocative sound effects.