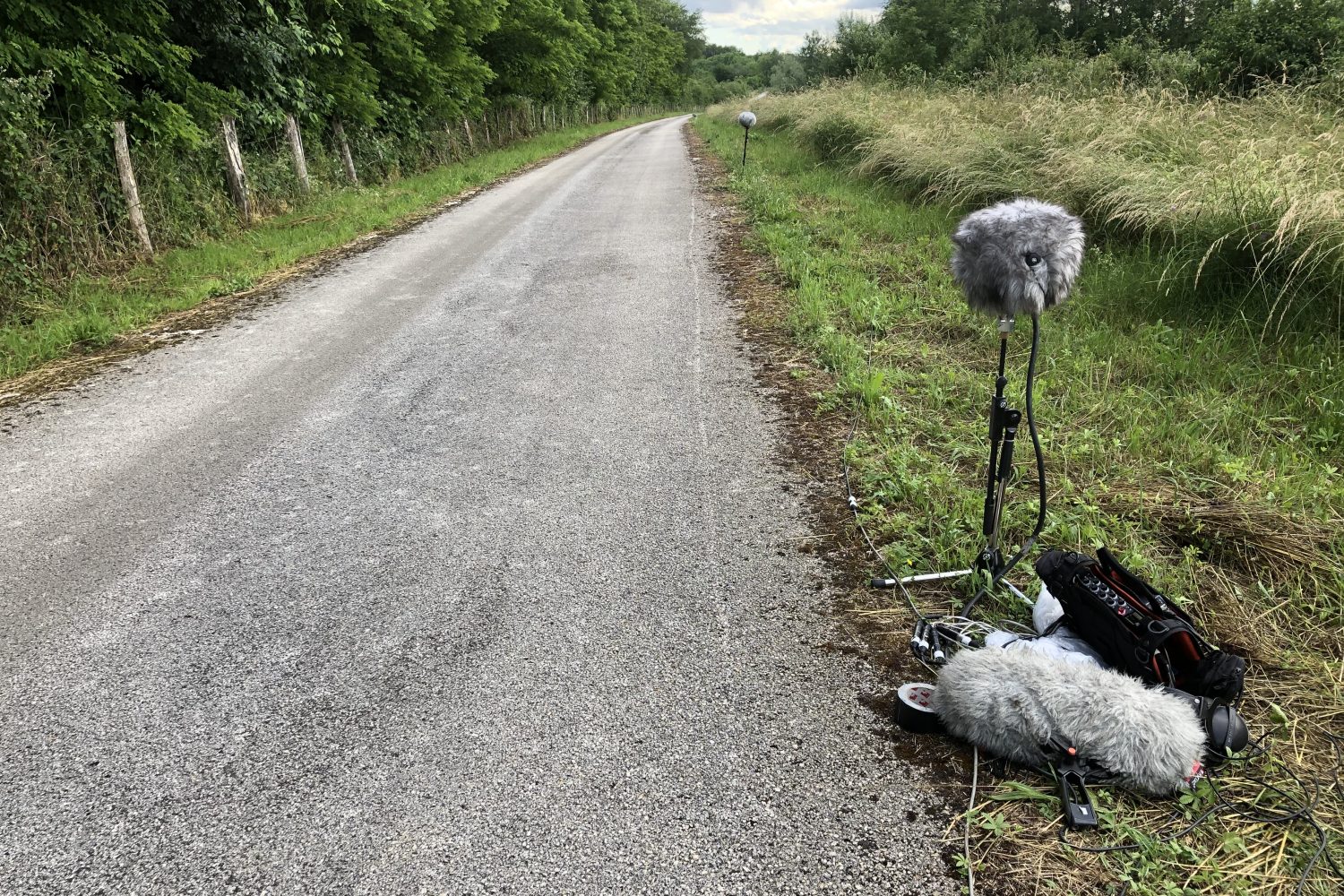 It’s not an easy question to answer. After all, there are an endless number of desktop and portable field recorders, each with their own benefits, use cases, and price points. But most importantly, how does each of these field recorders work when they’re actually put to use in harsh conditions? How do they help – or hinder – Pole Position Production’s workflow to capture the best sounds possible?

The Importance of Choosing the Best Field Recorder

The team at Pole Position Production has recorded sounds ranging from rare Leopard II tanks to Costa Rican jungles and more. Of course, not every subject requires the same audio recorder. Why?

Well, some recording sessions call for mobility. In that case, a rugged, small audio recorder is best. When recording Formula 1 entry-level GP2 and GP3 cars, Pole co-owner Max Lachmann found only the smallest recorders such as a Zoom H4 could be fitted on the car, beneath the side pods. Other sessions capture the sounds of next-to-silent sand debris and need the quietest recorders possible, such as choosing a Sonosax SX-R4+ to use with The Stone & Sand Library.

Last month’s post shared Pole’s experiments with field recording microphones during a summer workshop earlier this year. The crew also tested the different audio recorders in our equipment locker. We compared and contrasted each recorder’s usability, sound quality, and feature set, and learned from the team’s collective experiences.

Let’s learn more about these recorders.

The flagship of American manufacturer Sound Devices, the Scorpio (32 channels, 16 preamps, $11,500) is Pole’s most recent addition to our field recorder collection. The Scorpio is notable for the sheer amount of tracks it can record in a small, compact package. Normally a choice for dialogue recordists on complex Hollywood film shoots, the Scorpio is invaluable for recording detailed multi-channel field recording sessions that Pole specializes in, such as with tanks and weapons.

The advantage? Only a single recorder needs to be used to capture a complete set of vehicle onboard perspectives or multiple distances of weapons firing. That minimizes syncing multiple recorders together.

In use, the Pole team found that the Scorpio sounded good, was easy to use, and had a great interface with its combination of mixing and gain trim knobs. Just the same, during one session a software error “bricked” the machine – it became frozen on the startup screen and could not be revived. It’s since been sent away and repaired and the team is keeping an eye on it.

The Scorpio was used on the Stone & Sand library. You’ll also hear it in the upcoming plastic library (sign up to our newsletter to be informed when this is released; we also have a freebie sampler of this upcoming library as well). 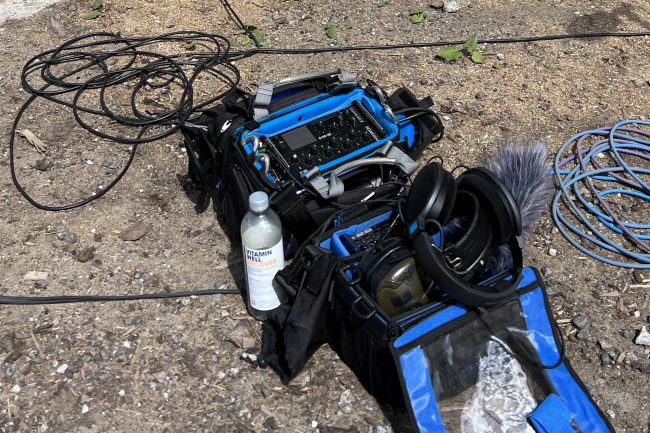 Far more than any other recorder, the SX-R4+ has incredibly quiet preamps. Tracks can be raised 30 dB without any noticeable increase in noise floor. This makes the SX-R4+ a perfect match for quiet sounds, Foley recordings, voice recordings, and wind. It was featured in our Gut-Wrenching Gore sound library and the more recent The Grunts library.

The Pole team has also used it for recording onboard vehicle microphones due to its wide availability of channel inputs. However, issues arose after using the unit in these demanding sessions. The knobs have a small moat around them which attracted dust and dirt. At times interference noise appeared in the headphone monitors, and sometimes was printed to the tracks themselves. The unit also commonly would drop out of record when capturing 12 full channels at 192 kHz. While likely better suited for desktop studio recording, the SX had issues holding up during intense field recording sessions.

Just the same, the Sonosax is still widely used by the Pole team, primarily to take advantage of its ultra-quiet preamps. Most recently the unit recorded the Foley takes from weapon recordings of a Lynx 50 Cal sniper rifle and Desert Eagle .44 pistol. The SX also finds a home paired with LOM mikroUsi microphones when recording distant driving maneuvers. 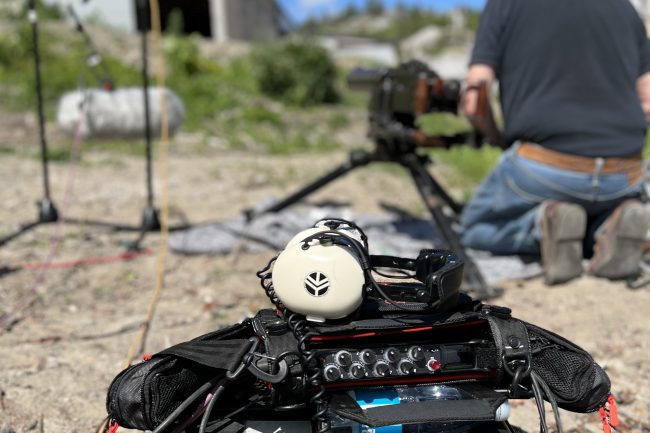 Also from Sound Devices, the Pole team employs 2 MixPre-10 II (10 channels, 8 preamps, $1,775) field recorders. The units were chosen by the team for its range of inputs as well as a relatively new field recording feature: 32-bit float recording. Allowing a massive dynamic range, 32-bit float recording captures roaring vehicle recordings and explosive gunfire blasts without distorting the audio. As co-owner Niklas Olsson reflected, “there are so many things to do on a vehicle shoot,” that 32-bit recordings frees up a recordist from tweaking levels and allows them to prep, shoot, and perform recordings without worry.

While the team found the sound quality was not completely a match for the Sound Devices 702 or Scorpio, 32-bit recording made it a good choice for removing headaches from a session.

During the workshop, the Pole team compared 24-bit to 32-bit float recordings while reading Astrid Lindgren’s Mio, Min Mio. Some of the crew could hear the difference between the formats. Can you? Check out the clips below:

You can also download the full res files here to compare.

The 702 (2 channels, discontinued), was one of the first recorders released by Sound Devices. However, while older, it is cherished by the recordists at Pole for its ruggedness, portability, and reliability – as well as for sounding great. It’s easy to use and set up – perhaps due to its monochrome non-touchscreen legacy menu. It is mostly used for sessions where recordists need to maneuver with a kit that is 100% reliable.

Niklas and Robin Olsson accidentally crushed a 702 with rocks during a Stone & Sand recording session. When the boulders were pulled away, the 702 was still recording. 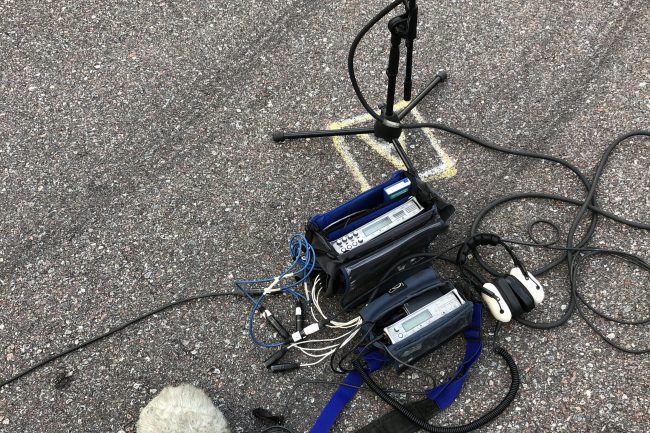 Long used as a key recorder for exterior vehicle recordings, Sound Devices’s 788T (8 channels, discontinued) was arranged to capture recordings from a 4-channel Holophone as well as Sennheiser MKH 8060s in wide AB. Generally known to work well, the 788T’s inability to record 8 full channels at 96k with limiters is seeing it phased out by the Pole team for the newer MixPre-10 II. 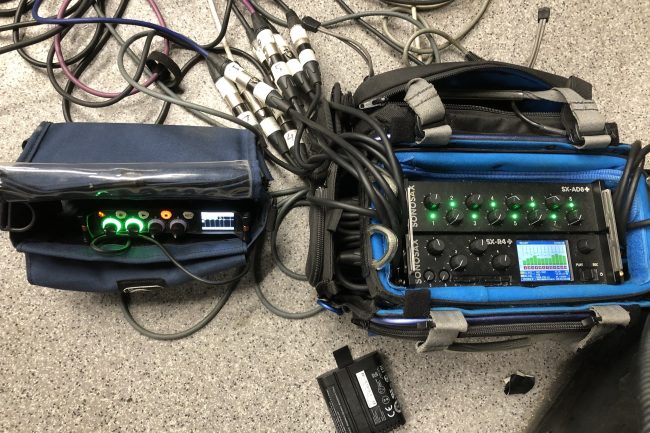 Also used mostly for vehicle recordings, the Sound Devices MixPre-6 found a home for the Pole team at a secondary exterior position paired with a Sanken CSS-5 and Sennheiser MKH 8040 in ORTF.

Here’s a preview of an Ford Escort RS1800 MKII rally car, look for the 8040s in the preview list: 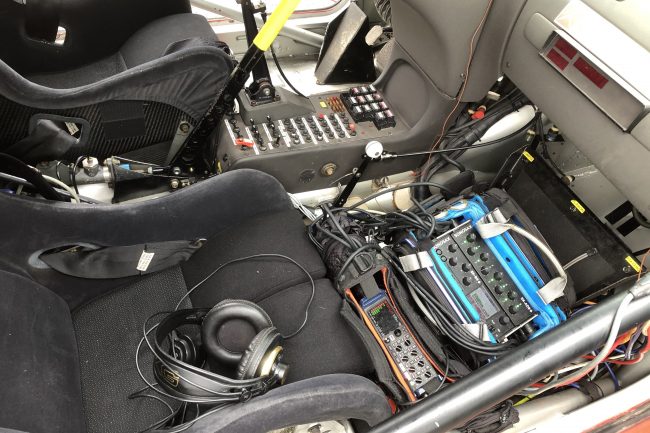 Japan’s Zoom F8 (8 channels, discontinued) is primarily featured in Pole’s onboard interior recordings paired with one special microphone, the Sennheiser AMBEO Ambisonic microphone. The F8’s 4-channel trim link makes it a perfect match for the 4-channel AMBEO. It has held up perfectly in the field and is incredibly reliable. The F8 provides excellent limiters for all 8 channels at 192 kHz, which makes it a good match for recording weapons, such as for the Black Powder Guns library.

Combined with a price point just beyond $1,000, 8 XLR inputs, and a robust feature set (including 32-bit float on newer models), the F8 is packed for every Pole recording session, whether as a headliner, or as a backup kit. The F8 is a good choice as an entry-level field recorder.

With so many recorders used on vehicle and weapon shoots, how is it possible to keep these recorders working in tandem?

Previously, crew needed to race from one device to another to begin recording, or, simply press record at the beginning of a session and capture long spans of irrelevant sound. A vocal slate or well-timed door slam would help the team arrange the audio properly in the edit suite, later.

The crew at Pole now pairs each recorder with a Ambient ACN-NL “Nanolockit” ($277) timecode generator. These small devices sync each recorder together, ensuring all tracks line up perfectly when editing later. They are an invaluable complement to the range of field recorders Pole uses.

How to Choose Field Recorders

It is understandable to be overwhelmed by the features available in field recorders. And it’s not always the best choice to select the most expensive recorder available.

While features such as 32-bit float recording may seem tempting, proper technique and reliable older recorders (such as a Sound Devices 702) can produce results just as good as recorders released today.

However, choices are generally limited by two main features: channels, budget, and subject: 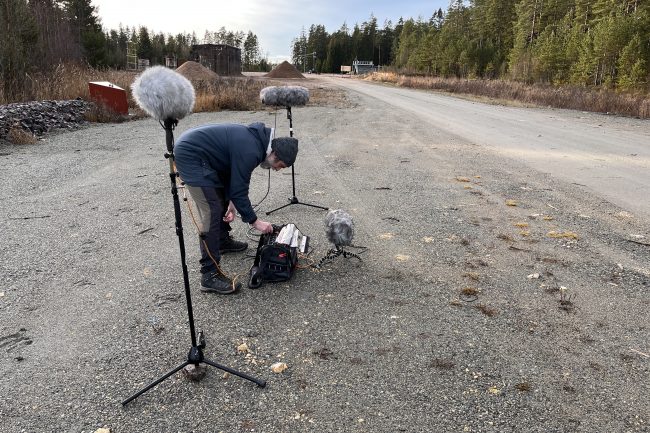 The Impact of Choosing Field Recorders

When choosing a field recorder, it’s important to think about the number of channels needed, one’s budget, and the subject a field recordist pursues.

However, there are other things to consider, too. Beyond just the stats, the Pole summer workshop discovered other important reasons for choosing audio recorders.

Niklas highlighted the value of choosing new recorders, testing them, or swapping them regularly: “it keeps field recording fresh and fun. It helps to change things, and to avoid becoming too comfortable. When field recording, you don’t want to be a factory.”

While 32-bit recordings do save recordings that would otherwise be lost due to hardware limits, Niklas also mentioned a hidden benefit, that 32-bit recording frees up a recordist’s mind to allow them bring value to recording beyond the tech specs and to create superior performances.

Max similarly highlighted why field recorder choice is important beyond the features themselves: “the most important thing from a recorder is that you can trust it; if it doesn’t record, it doesn’t matter how good it is.”