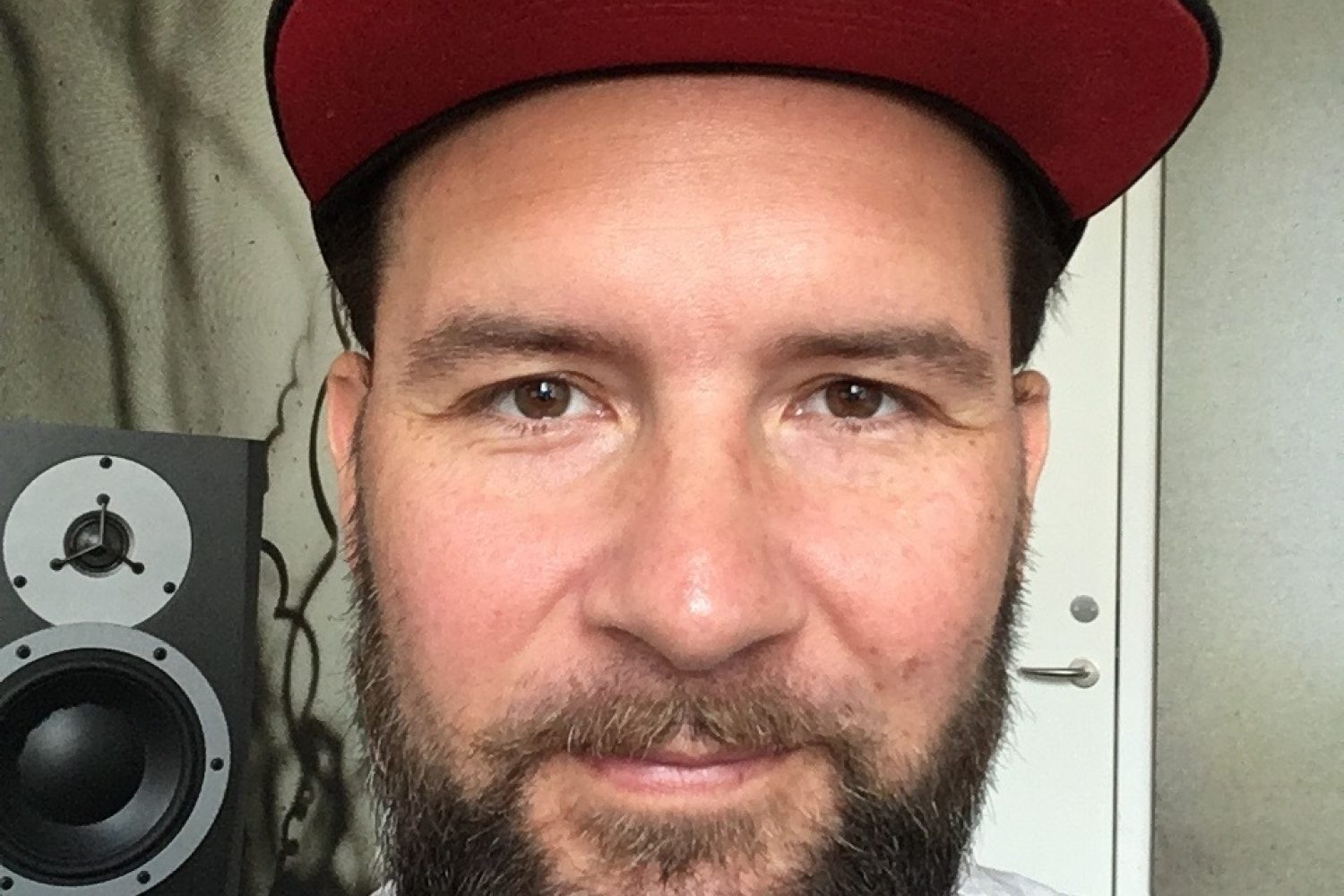 He started recording radio shows at the age of seven and went on to create music at the age of 16. Meet Sebastian, who was kind of destined to start working with Pole.

Sebastian, with your last name being Pohle, it seems a career at Pole was kind of inevitable?

Haha yes, it’s almost a little bit too much… I have known Pole or particularly Max since 2013, shortly after I moved to Sweden where we both attended a Wildlife recording course and became friends. We have kept in touch ever since and at the end of 2021 Max asked if I’d like to join the Pole forces as the growth of their game audio services branch was calling for additional senior staff. That happened at a perfect moment for me because I had just decided to take a break from being employed full-time In-House and move into the field of Game Audio Services.

The team is very nice, and the projects and types of work are looking very varied. On top of that, Pole allows one to work 100 percent remotely which has become very important for me, so I didn’t have to think much, and I am now a 60 percent full-time Pole team member! The other 40 percent are reserved for my side ventures as Audiopohle.

My main responsibilities besides sound design will be the role of a point-man for certain project(s). For communication between the developing studio and sound designers on our Team, focusing on the creative side of things. I’m also looking forward to recording SFX in the field.

You’ve been in the industry for twenty years and counting. What led you on this track?

I just like to clarify first as I think this can’t be thrown in one “industry pot” even if the linear experience is very beneficial in games as well, I have 10 years in linear sound and 10 years in game/interactive audio.

I actually started as a 7-year-old kid recording weird stuff like “radio shows” on multiple analog tape machines which were largely available due to my parent generation abandoning them. But I would be lying if I said that this was the point in my life where I knew where everything was going, and I had found my calling… But anything to do with analog and tape machines sounds cool these days so why not mention it!!

I bought my first pair of Technics 1210 Turntables when I was 16 (still have them), that’s where it really started out for me. From that point on I was into making electronic/urban music and enrolled an Audio Engineer course at SAE which at that time was one of the few places offering an education in that field in Germany. There was a module where we had to track-lay SFX and Music to a sequence from “The Fifth Element” and to me, that was the most fun and satisfying work I ever could imagine. Bringing that, initially silent, sequence to life. Afterward, I started at an Audio Post Production house and spent 10 years in the linear world.

Being an avid gamer since the C64 times, I immediately was eyeing on working in Game Audio once I became a professional in linear sound. That seemed impossible in Germany, but I went freelance anyway to give it a try. I reached out to Dynamedion who luckily was looking for an additional sound designer for their game audio services and I started to get my first small game sound design jobs through them. Everything then got elevated when they started Boom Libraries and I was lucky to be one of the first sound designers and recordists on that team. The success of the first Boom libraries led to me being offered an in-house Job at Machine Games which was my real entry into the industry.

Where did you work before you joined Pole?

I worked around seven years at Torus in Cologne, Germany (LinearPostProduction), afterward a few years as a freelancer for Boom/Dynamedion and linear stuff, six years at MachineGames in Uppsala, Sweden, and three years at IO Interactive in Copenhagen, Denmark.

I feel this question has been answered so many times and in-depth, so I’ll just say this: The biggest difference derives from its media, film being linear, and games interactive.

One difference I personally like is that in games, sound can drive the visuals. E.g., an animation defines the cadence for X and sound simply follows that you could first design the audio, so it sounds organic and natural on its own, and then use envelope followers or simple meter readouts to feed those values back into the animation or whatever system you’d like to affect.

And what do you prefer if you have to choose?

I like both, though at this point I feel more at home in games, that’s also where I have put my focus for the last 10 years. It is way more complex which on the one hand can be a curse but on the other is also very rewarding when you achieve something sounding great.

What are the best parts about being a sound designer?

Audio being the one discipline that is involved with and impacted by almost all other disciplines in a game developing studio, is quite challenging. But when everything works out, communication and planning have been great, it’s very rewarding. And in the RARE cases it’s not, you find a solution and that’s most of the time rewarding as well 🙂

Having to work closely with most disciplines also gives you a great insight into overall game development and processes which I like a lot.

Do you have any favorite genres you’d like to work with?

My tendency goes towards grounded and gritty FPS and story-driven games, but I don’t really shy away from or dislike any genre.

One of Pole’s major services is field recording. Is that part of your repertoire as well? 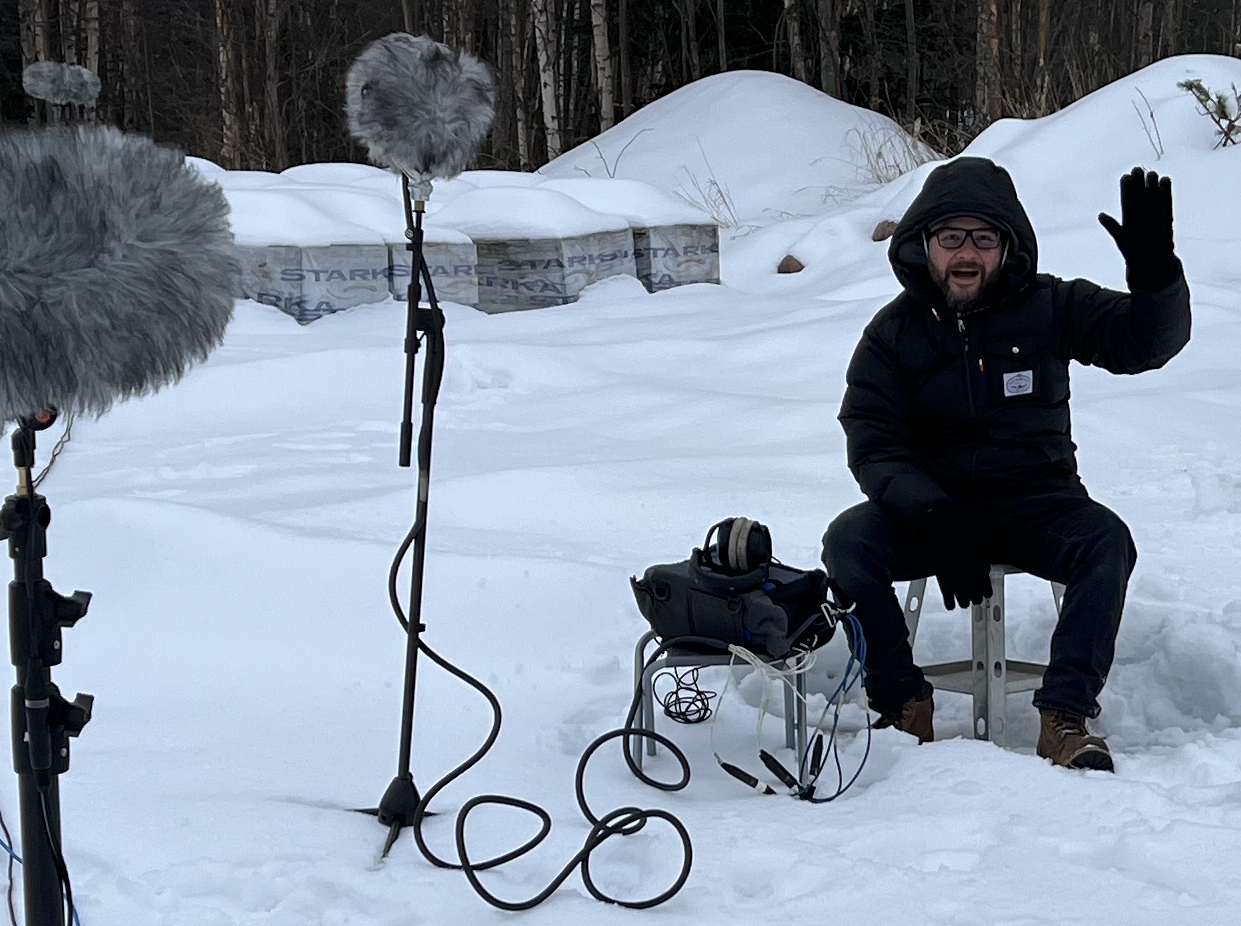 Seb on a recent session in the cold, recording weapons

Yes, very much. In fact, for me, field recording is a huge part of sound design. With the vast amounts of assets needed for a game, you can’t get around not using library sounds but those usually have to be tweaked quite a bit until they fit the ID of your project. When you record specifically for a project, you can already apply color and feel during recording, which I like to do a lot. Recording also helps me to stay creative as so many happy accidents happen which then spark new ideas or come in handy years later for different projects even. Also getting breaks from the screen now and then is very helpful in general.

Meet the rest of the Pole team here.