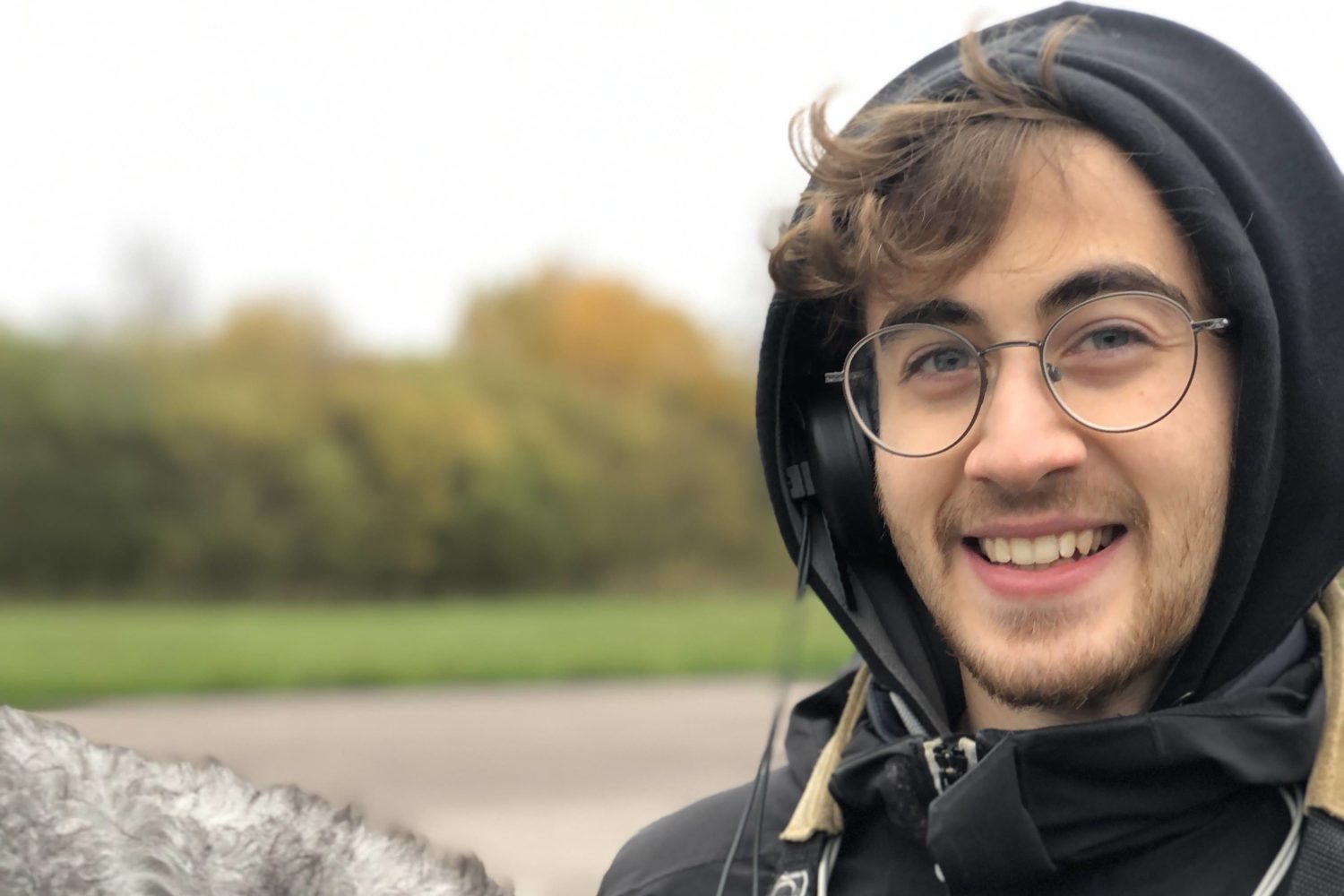 An interest in music and instruments? No! It was creating weird sounds that made him want to become a sound designer. Meet Daniel Wallén, the newest member of the Pole crew.

So, Daniel, you’re one of the newest members of the crew. What’s your role at Pole?

I would say that my role at Pole is as an audio-generalist with a focus on sound design and recording. Since my internship in the spring of 2020, I’ve more or less been a part of every audio-related step in creating a sound library as well as sound designing and implementing audio into games.

How did you connect with Pole?

During my second year at the bachelor’s program in audio technology at the Luleå University of Technology, we had an internship period, which I was lucky to spend at Pole. The internship later turned into a few jobs the following summer and during my final year, I combined my studies with work at Pole. During my third year’s second internship I got the opportunity to join DICE as an intern. After graduating, I pretty much started working full-time at Pole right away.

Have you always had an interest in sound?

Pretty much. When I was little, I would spend my mornings watching and listening to music on TV before going off to school. I’ve never played any instruments but at about 12 years of age, I decided to get an FL studio (DAW) which I spent A LOT of time on throughout my teenage years. Even now I sometimes still play around with it. A bit of a funny thing though was that it wasn’t necessarily the music creation that made me forget everything else and spend hour after hour on it, it was all the crazy and weird sounds you could create with synths, effects, and modulation. So that, in addition to my interest in video games, naturally guided me into wanting to become a sound designer.

You’ve already been involved in several projects since you joined Pole. Tell us a bit about them.

Recently I’ve spent a lot of time on two different game projects. On both projects, I’ve been either designing or implementing audio assets. The projects are very different from each other since one of them is a mobile game and the other one is more of an AAA game, which makes the games very different to work on from an audio perspective. Besides that, I’ve also spent time editing and recording libraries.

Any of the tasks that were particularly fun?

Anytime I get the opportunity to learn something new and improve my skills through challenging work is when I have the most fun. And that’s regardless of what aspect of audio it is. Both projects have been plenty challenging/fun and with daily opportunities to learn something new. But if I had to choose something specific it must be when I, Robert, and Johann helped set up and implement Wwise for the mobile game.

Is that also one of the best parts of being a sound designer, when you turn a tricky client’s request into an actual sound clip?

Definitely! It’s that kick you get out of successfully meeting your clients’ requests and completing something challenging or tricky. Nothing beats that!

And the best part of being part of the Pole crew?

It’s all about the people, I feel super lucky to be able to work with such an amazing group of people. I must also say that the leadership of the company, both seniors and co-owners, enables space and opportunities to grow every day. For that, I’m thankful and it’s something I really value.

Click here to meet the other Pole team members.