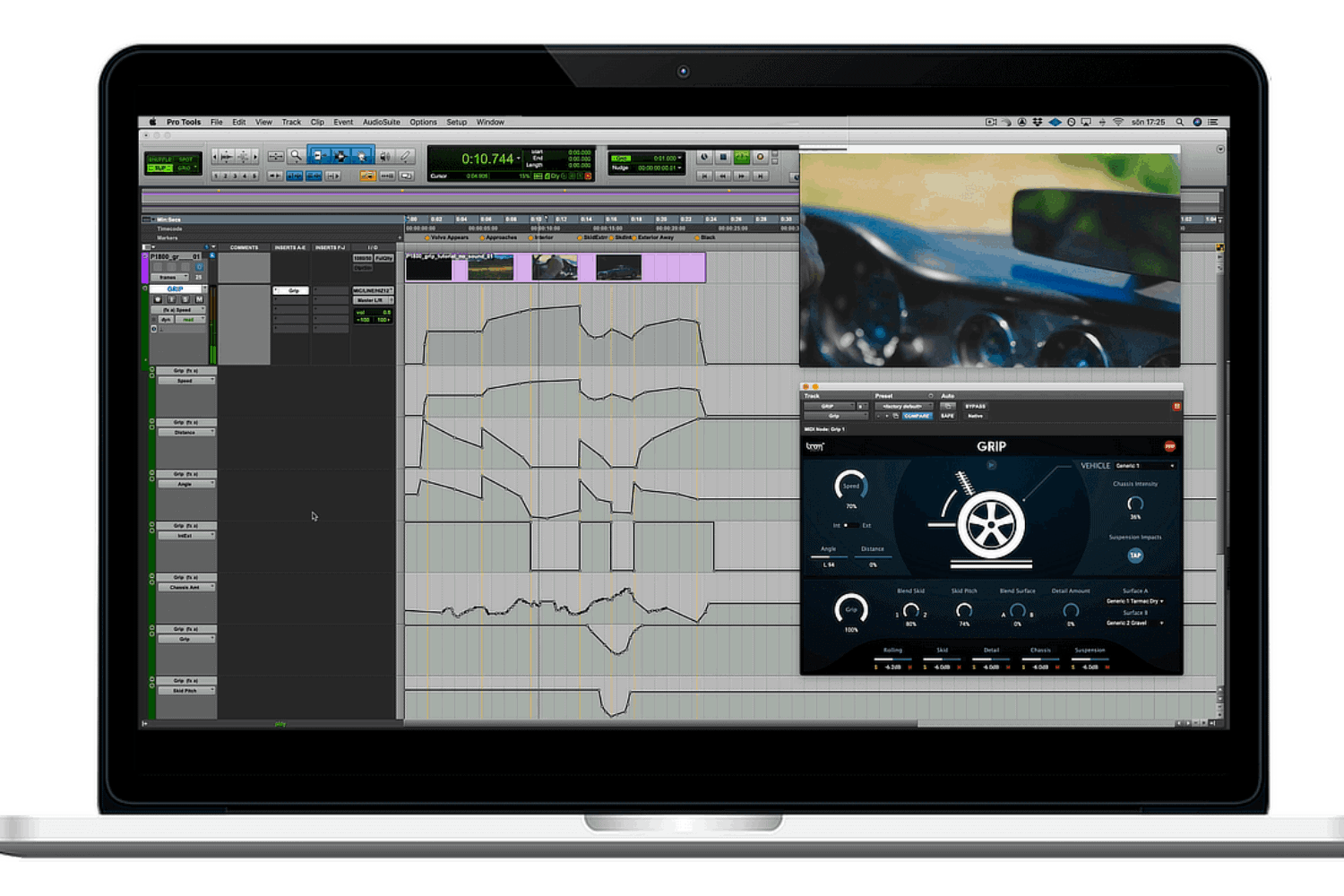 The idea to develop a plug-in like GRIP occurred to Pole Position’s Max Lachmann while he was creating ambiences for a game developer some years ago. In video games, ambiences have the task of making a scene feel real. For instance, if the main character is standing in a field the player can hear the sound of a wind blowing through the grass, but as the character approaches a heavily trafficked highway the original sound is gradually replaced by honking horns and engines. This is done by mixing different ambiences and by adjusting their intensity.

– I realized that working in a similar manner could be very useful for sound designers working with motion pictures. Ever since the introduction of sounds in movies, sound designers have picked the desired sound from their library and placed the sample where it fits. GRIP, on the other hand, comes with the possibility to alter the sound directly in accordance with what’s happening on screen and in accordance with how different characters would experience the sound based on where they are standing. And that saves a lot of time, says Max Lachmann.

To produce different sounds GRIP lets sound designers shape and custom vehicle tires and chassis sounds by using parameters such as speed, GRIP, surface and angle and distance. At the same time it eliminates the need for sample cutting, crossfading, pitching and aligning.

– It’s really simple to use. You just tweak the different parameters to produce exactly the sound you need, says Max Lachmann.

GRIP was released at the end of April and feedback from users has been overwhelmingly positive. Max Lachmann says GRIP might have followers in other areas.

– This is a proof of concept-product. We want to expand this business and hopefully create plug-ins for several different areas, says Max Lachmann.

GRIP is the result of a collab between Pole Position Production and German audio company BOOM Library. The project started last year and in short BOOM has done the programming part while Mats Lundgren from Pole Position developed and implemented the content in the software.

– At times it was pretty complicated work but after a while everything fell in place and the outcome has been really great. Basically, what we did was connect different sounds from the Pole library to the adjustable parameters which lets users mix all the sounds in real-time by changing surface, GRIP, speed and perspective. GRIP truly is a unique product and it has been really fun working on it, says Mats Lundgren.