Casualties in the line of duty

A precious MKH8020, a flight case and even some cables – during the recording of Pole’s brand-new Warfare 2 Library several items didn’t make it back. But was it worth it? Hell yeah!

Okay, first of all, who should acquire a warfare sound library?

We expect sound designers and sound effect editors within games and film to be the most likely customer for our Warfare libraries, but they can also be an important asset in training simulators for military and police forces for instance. Quite a few of the sounds are recorded from perspectives that you would prefer not having to hear in real life, like very close detonations and bullet impacts.

And what’s included in this library?

Were there any special recordings techniques you had to use to record the different sounds?

This was the first recording where we fully tried out recording extremely loud transients in 32-bit float, using the Sound Devices MixPre 10 II. Such a stress reducer knowing that you don’t have to worry about the levels, since it’s hard to monitor and since you can’t control the circumstances very well when attending a military exercise. As an example, we had to be inside a safety bunker hundreds of meters away from the detonations. For the cannons, you were not allowed to stand in the line of sight, since the shockwave is so powerful it can hurt your body. And despite being hundreds of meters away from the detonations, we could still hear debris falling on top of the bunker. 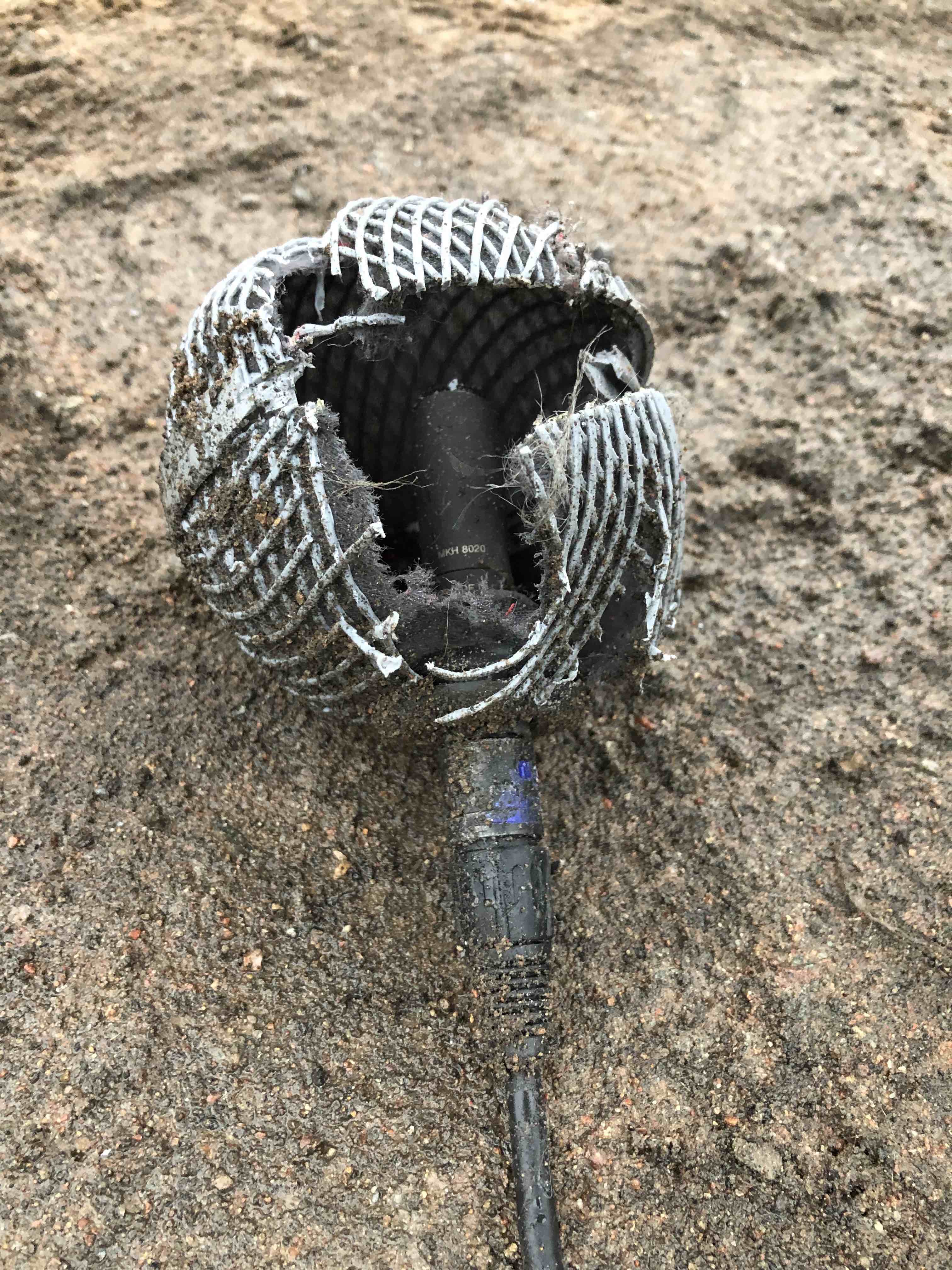 We approached the recordings same way as we always try to do, covering both close and far perspectives. This obviously comes with a bit of risk. We lost a precious MKH8020, a flight case and some cables. But it’s crucial to try and capture the close perspectives as well, since they are needed to create an immersive experience in a game or a film. Even the distant microphones were exposed to extreme shockwaves and even knocked over at one point. And then we always bring a few small handheld recorders that are less expensive, that we can risk losing and position very close to the detonation or impact area. They are a bit of hit and miss, sometimes you get great material out of them, and sometimes it’s hard to even find them after the detonation…. 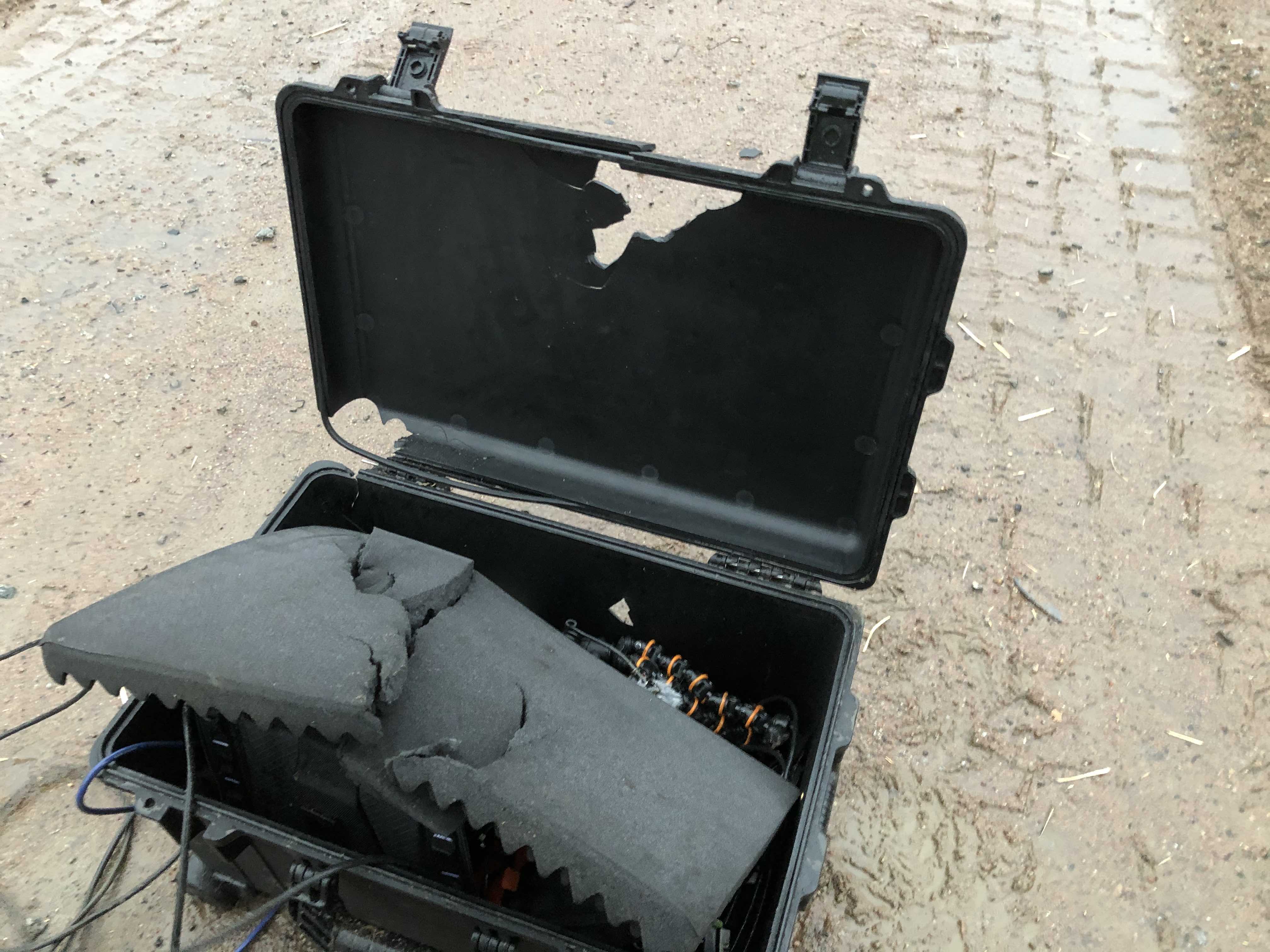 Some of the sounds were recorded during live firing on military proving grounds. What was that like?

Having the opportunity to attend live firing exercises with the military is extremely exciting, and also very hectic. The days usually start out with a briefing of what will happen during the day, and where we are given the chance to express what we’d like to record if possible. Safety is a top priority, and quite often we are assigned one military personnel per recordist, whom we need to follow closely and ask for permission before we do anything at all out in the field. It’s important to keep track of the schedule of the day, you don’t want to risk delaying the exercise, since all annoyances mean you will be less welcome to attend the next time you ask. So, you need to have your stuff ready when the call to seek shelter goes out, and then hope it’s running, has decent gain levels and that you will find the microphones where you left them when you are allowed to come back out. Joining exercises also means moving around recording spots quickly, especially for the close-up equipment, so it’s good to have a streamlined rig that can be carried around easily. 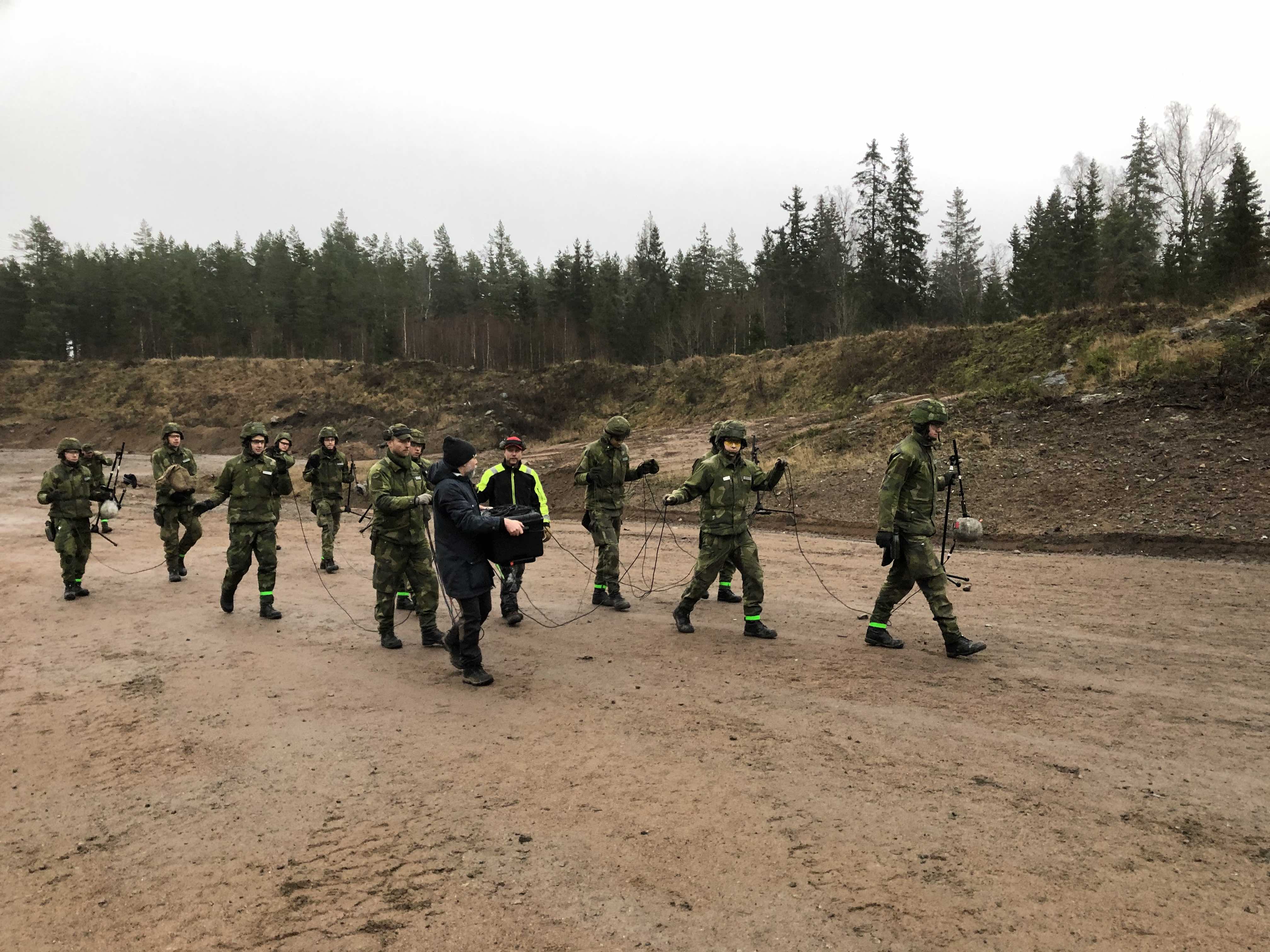 Getting some extra hands moving the equipment…

We used a Sound Devices MixPre10 II in a flight case (which we lost in action eventually) and had two MKH8040s in ORTF, two RE50s, two MKH8060s and two MKH8020s (lost one of these too unfortunately) connected to it. Might sound like a lot to move around quickly with stands and cables, but one of the upsides recording with the military is the amount of people helping out. The soldiers were simply ordered by the exercise commander to re-position the equipment following our instructions. It’s never been that quick and easy, ten soldiers carrying our gear without having to disconnect a single cable. We had a similar experience with one of the wrecked cars that we used as a target on one of the sessions. The car was left in bad terrain, and with stuck brakes and would not roll. The soldiers were simply instructed by their commander to move the car from A to B, and to be ready in fifteen minutes. No questions – just sort the problem. Said and done, fifteen minutes later the car was in position, first after trying to roll it, then trying to lift it, and finally by towing it behind a bandwagon.

Any unpleasant incidents during recording?

We did lose some precious gear, like the MKH8020, the Rycote gagball that it was in, a flight case and a bunch of cables that were pierced by shrapnel. But it could have been worse. The flight case was also penetrated by shrapnel, so we were lucky it didn’t damage the Sound Devices recorder that was in it. And a car that was positioned as target behind an armor plate for RPG projectile and vehicle mine impacts, had microphones in it to get close ups of the impacts. But one of the RPG projectiles missed the plate and went straight through the roof, just inches from our gear. 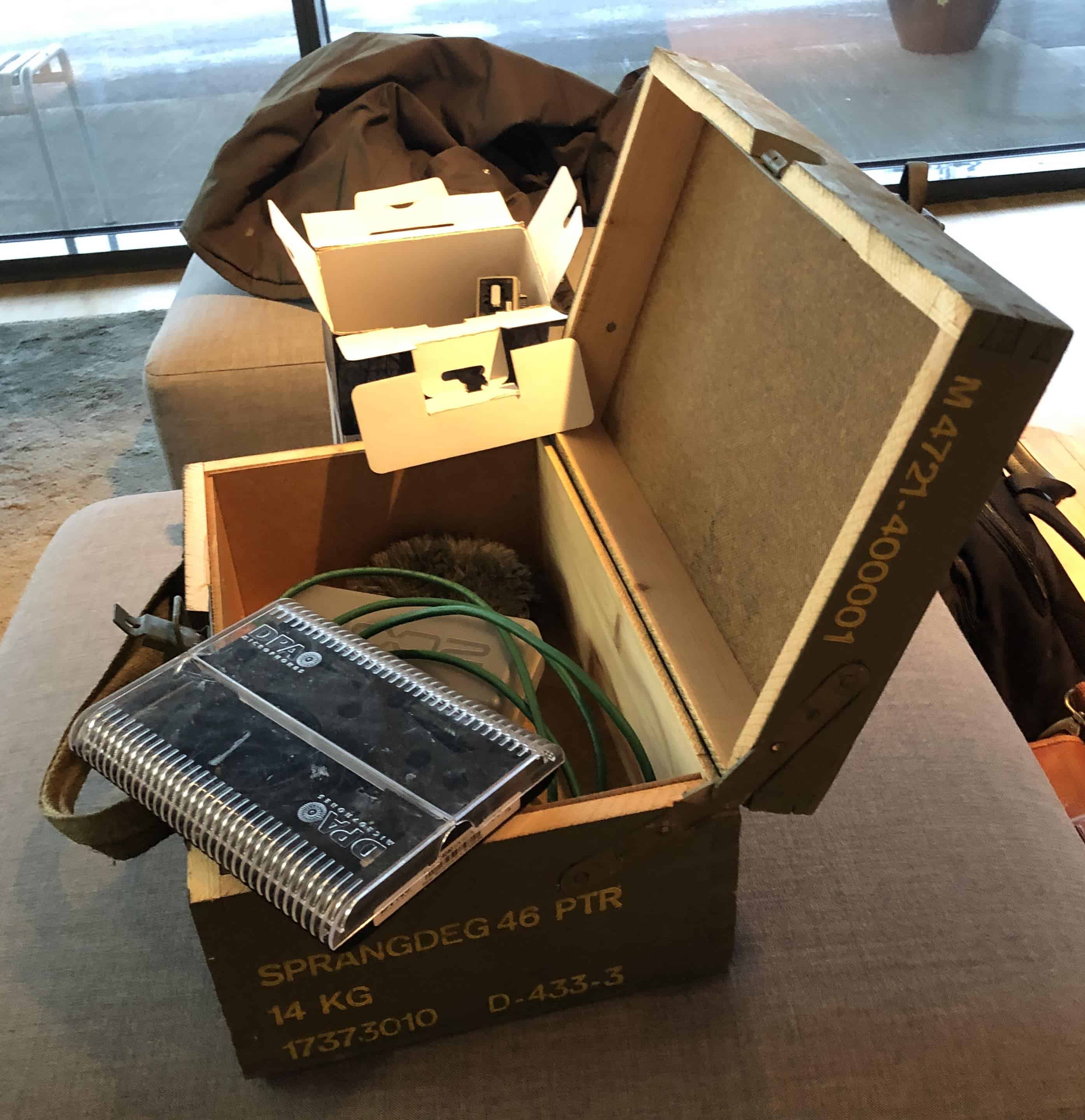 “Explosives 14 kgs” – not the best bag to bring into your hotel.

If you haven’t attended a similar session before, at first the extreme sound pressure can come across as unpleasant too. Your body is actually quite exhausted after a day of withstanding detonations of this kind.

To replace the bag that we lost, we got one of the boxes that had previously housed explosives, and that now was empty. Seemed like a brilliant idea at the time, after all we needed it to pack our gear, until we started unloading the car at the hotel and we carried in a green box saying “Explosives 14 kgs” on it…. Big no no. That could have been a very unpleasant incident if we hadn’t realized it in time. 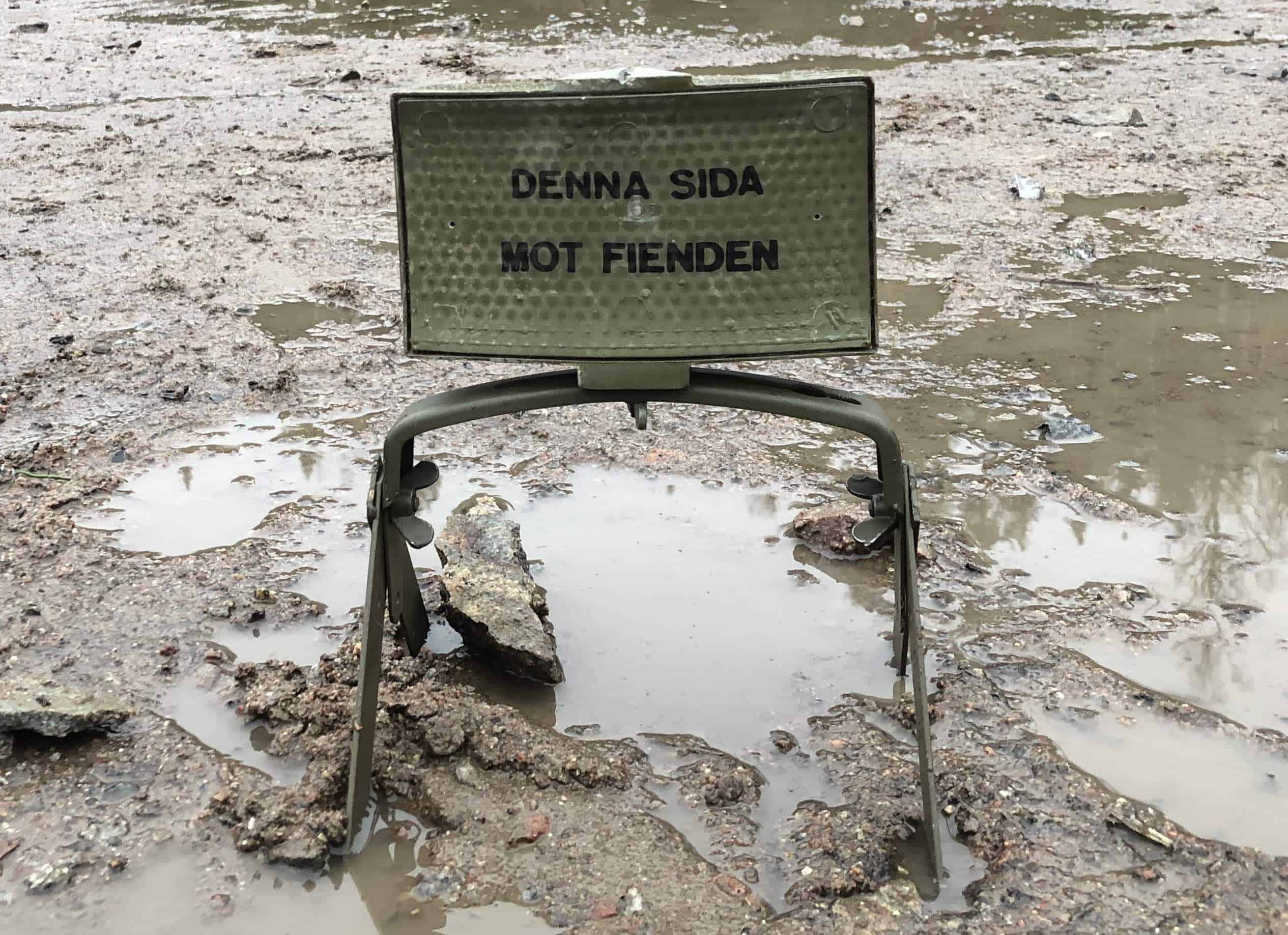 “This side towards the enemy.”

What’s the difference between hearing a shot being fired in a game or in a movie and hearing a live shot?

It’s very hard to capture the true sound of an explosion in a sound recording. You can never make up for the sound pressure on your body and depending on the perspective it can either sound very snappy or very bassy and shaking everything. But with all the different perspectives in our recording, and the different types of explosives and props that were used, I think you can come very close to a true to life experience. We have sent cars up in the woods, we have taken down trees, we have blown up piles of sand and dirt, wood and other junk. It is all there in the tails of the sounds, if you just crank it up. Watch your ears though…

And finally, is the library easy to use?

As with all our recent libraries, the Warfare 2 Library comes with synced up multichannel recordings, thorough file naming and metadata in several languages, Pro Tools sessions and Reaper projects, to make it as easy as possible for users to find what they need to design that perfect explosion for their scene. The library will also be available in a bundle with the first Warfare library, and I can highly recommend grabbing it for anyone working with this kind of game or film content.

The both Warfare libraries will also be available as a bundle at a reduced price. 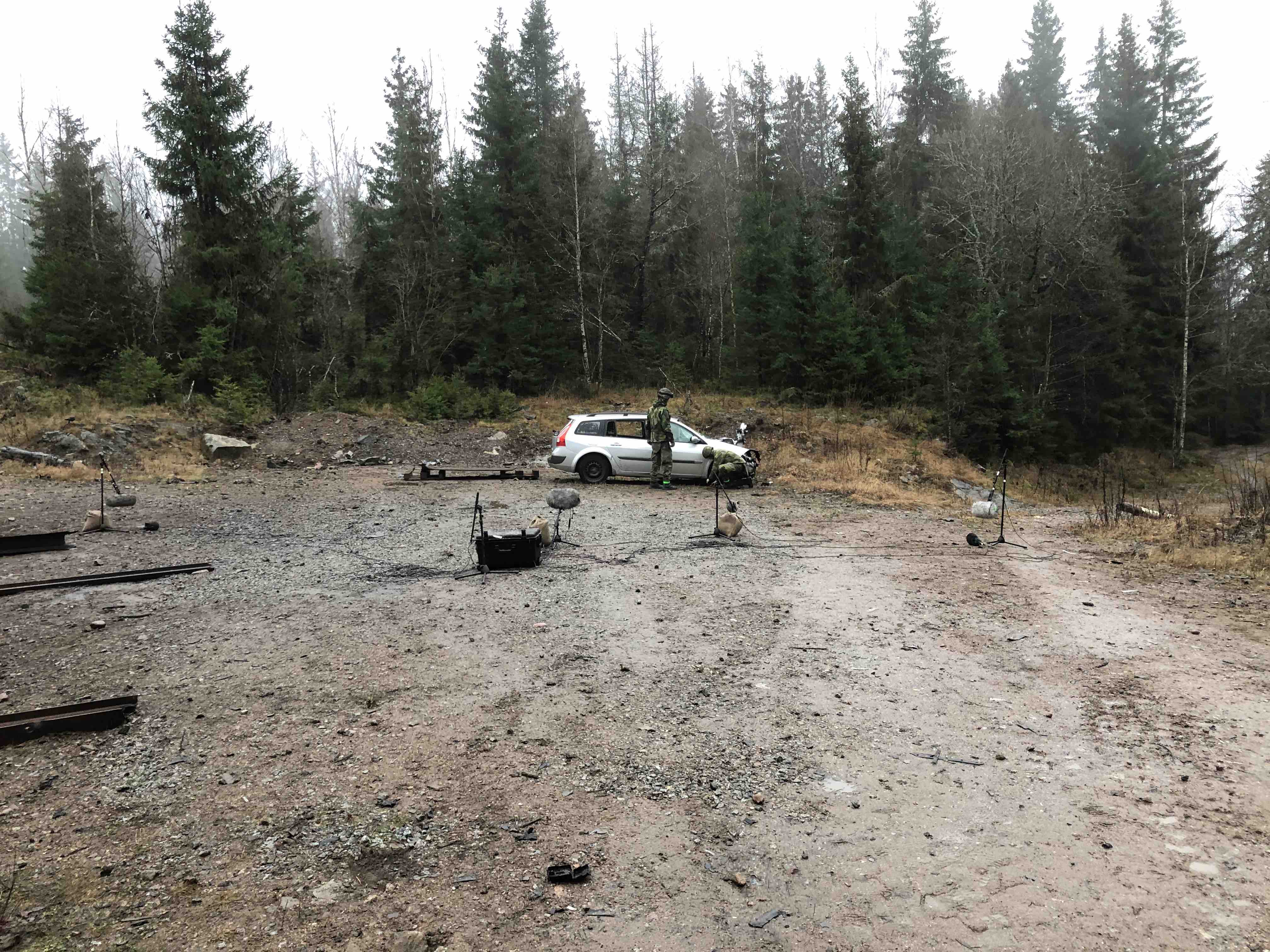 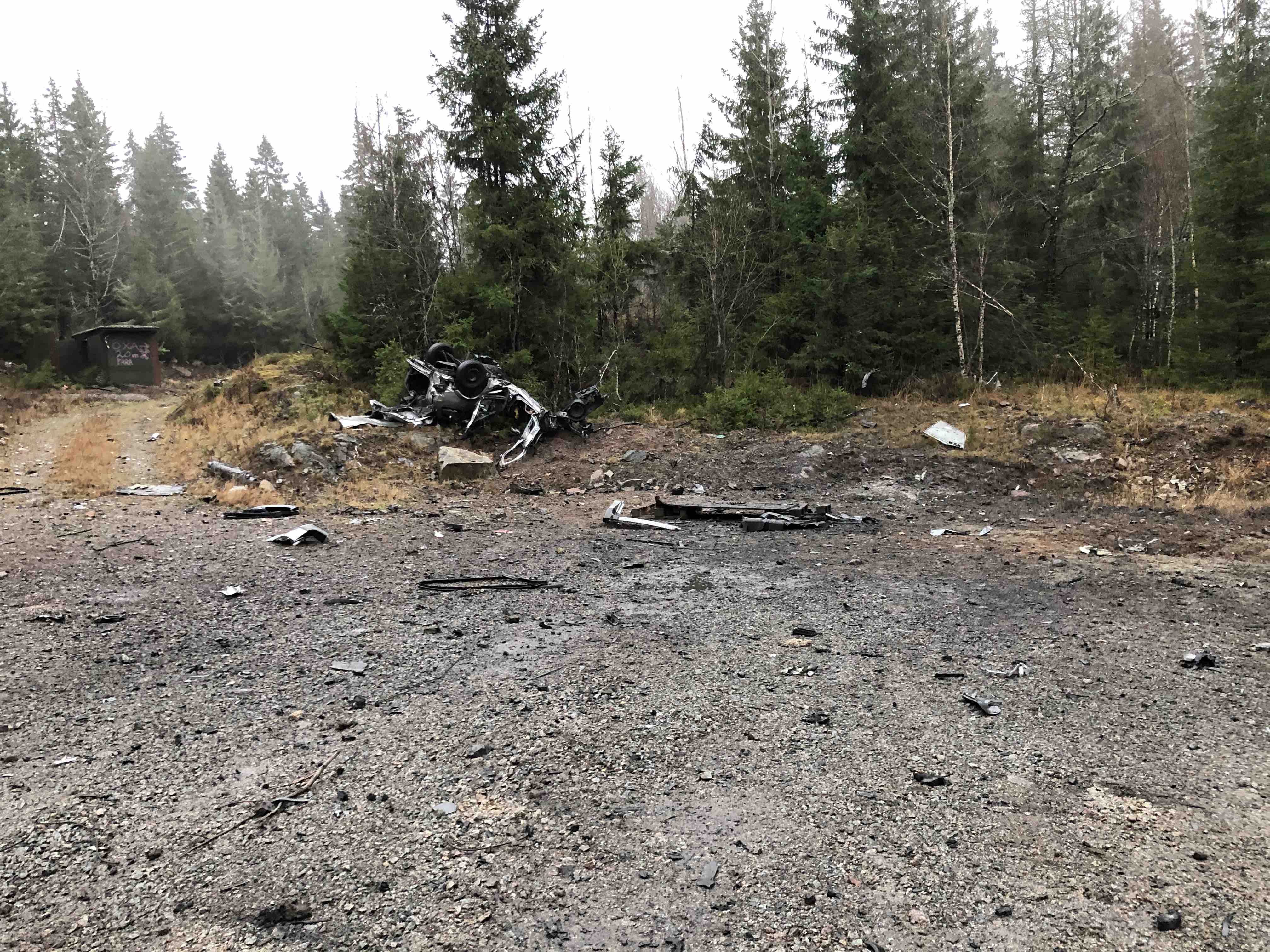