A Field Recording Diary – When Things Don’t Go As Planned… 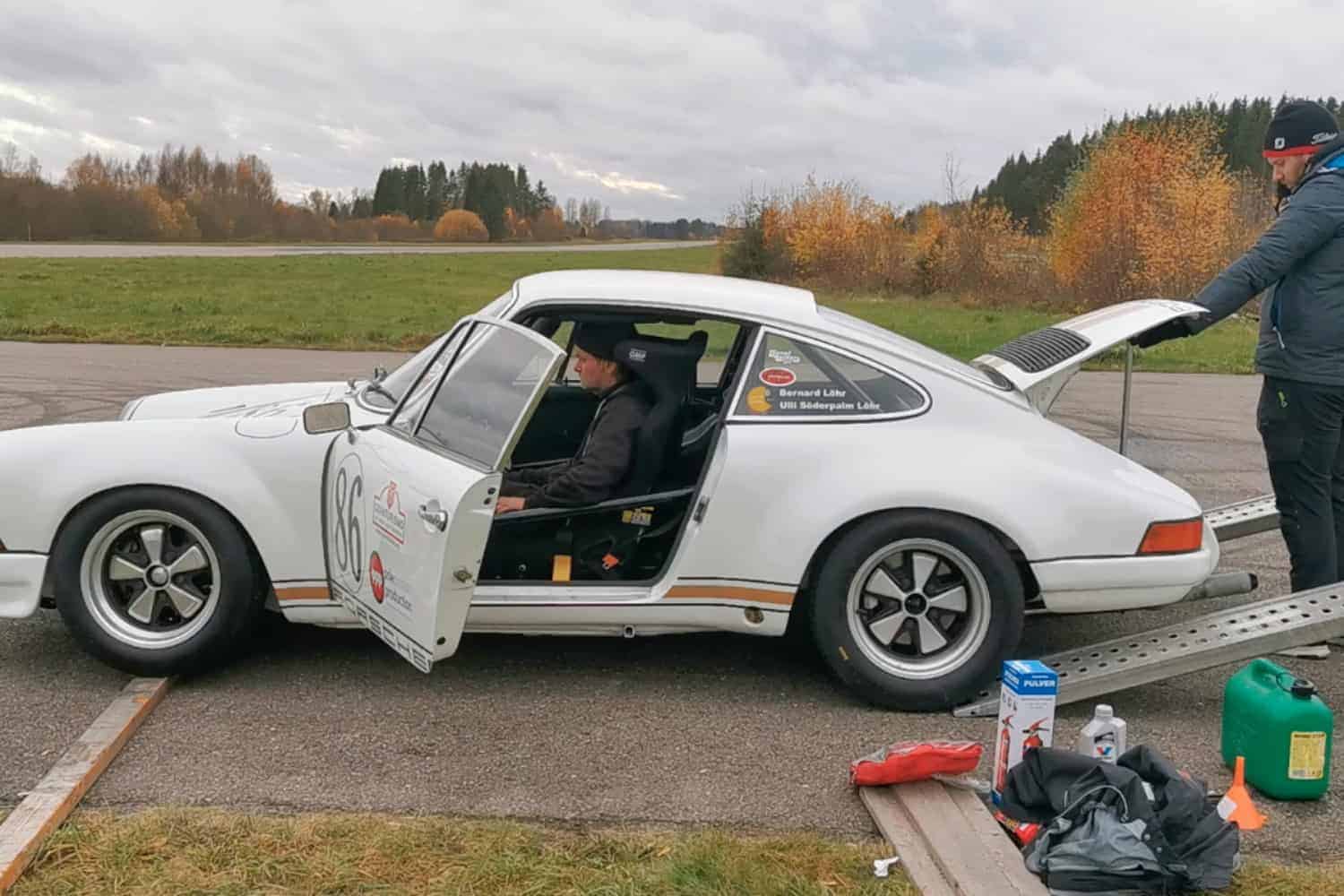 Some 50 years ago Porsche built a racecar that still stands out as a masterpiece in the racing world. The Porsche 911 ST is slim, powerful and aggressive and was hugely successful both in road races and rallies during the early 70’s. It was the last racecar from Porsche without any wings. And for sure, it produces a fantastic engine sound but when Pole set out to record it, things didn’t go as planned…

The ST is based on the 911 S streetcar and the 2.5 liter 6 cylinder engine is capable of producing around 270 horsepower. The engine has a mechanical fuel injection and a double ignition system. Only 23 or 24 cars were built at the Porsche factory but Porsche also supplied parts to private teams so they could modify their own 911 streetcar to full race specifications.  A couple of months back the Pole crew went to the Lunda airfield outside of Uppsala to do a full recording.

– The car we recorded actually belongs to Pole associate Bernard Löhr, says Mats Lundgren of Pole Position. It’s the most euphonic Porsche I’ve ever experienced. The engine sound is extremely powerful and the sound in the driver’s cabin is so loud that it almost feels as if you’re holding your ear to the engine bay. And since the car is stripped to perform better on the racetrack, nothing in the car muffles the sounds. When you push the pedal it’s like the entire car sings along. It’s just amazing.

The runway at Lunda has a length of 1 kilometer, a length that gives the crew enough time to push the car up to the highest gears and speeds. Altogether, 20 channels were set up onboard the car and 18 channels were set up along the runway to record maneuvers such as slow driving, normal driving and really fast driving.

– Imagine how fast a bank robber in a movie chased by the police would drive, that’s how fast. But we also recorded when the engine was idling, gear shifting and maneuvers such as accelerating and slowing down in different gears. In our recordings we do maneuvers that are tailored for both movie sound design, and for use in computer games. For the games’ use it is important that we capture accelerations and decelerations through the car’s whole rpm range, so we spend a lot of effort capturing that. The Lunda airfield is perfectly suited for these recordings, in that it stretches so long, and in that it is so secluded that we don’t get disturbed by external noise and traffic.

However, the recording didn’t go as planned. Electrical currents from the double ignitors energized the entire body of the car, which was picked up by one of the recorders, and 8 of the 20 onboard channels were totally ruined due to static interference. It is also almost impossible to evaluate the sound quality of the recording during the session, especially when the car is this loud.

– We discovered the issue on location but the affected mics didn’t sound that bad to our ears and we thought it’d be possible to use them anyway. Unfortunately, we were wrong. Back at the studio we noticed that some of the recordings were useless. We have experienced similar issues in the past, but never this bad. Usually we can minimize the static interference by steering all microphone cables clear of electrical components in the engine bay when rigging, but even that made no difference this time. Not even audio repair softwares like iZotope RX managed to sort it out, which is pretty rare nowadays.

So, in order to get a complete sound effect library set of the car, the crew set up another recording a few weeks later, using another recorder for the onboards. But this time the Porsche with the massive engine sound was brought to a public road in the countryside.– I think we scared a few horses and a couple of by-passers. But in the end we managed to capture what was needed for a complete sound library. The first session is perfect for whoever needs the sound of the 911 ST for film use, with all interior and exterior sound in perfect sync. And the second one contains everything needed for the games’ studios that need the perfect 70’s Porsche racecar sound.

To find out more about the Porsche 911 ST sound effects library, click here.